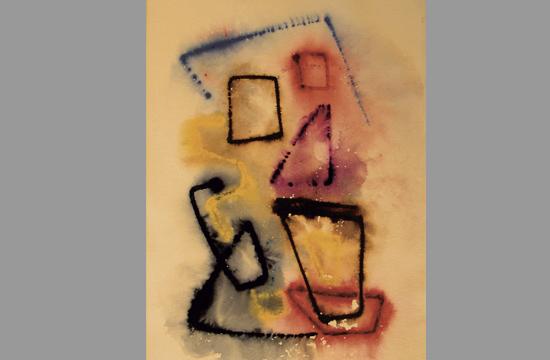 The Robert Berman Gallery celebrates the opening of its third gallery (B-7) at the Bergamot Station Arts Center in Santa Monica today, Saturday, Nov. 19.

This historic gallery space was previously home to the Patricia Faure Gallery, where well known artists gathered for notorious parties. So it is apropos that the grand opening will occur simultaneously with an exhibition that celebrates the same iconic artists as part of Pacific Standard Time.

“Lost and Found” explores the work of obscure and renowned artists who helped spark the art movement in Los Angeles during the 1950s. This exhibition honors the legend of the Cool School days, born out of the famous Ferus Gallery. The focus of this exhibition is post-war works up to 1980.

“Transformation,” which just enjoyed a successful opening, is part of “Pacific Standard Time: Art in L.A. 1945 – 1980,” a six-month collaboration of more than 60 cultural institutions across Southern California that started in October. Its purpose is to tell the story of the Los Angeles art scene’s birth and how it became a major force in the art world.

“Transformation” is part two of the “Paid to Play” exhibit that opened in September. “Paid to Play” focused on overlooked artists, rooted in illustration, who created legendary imagery designed for commerce such as albums, magazines, advertisements, and others. “Transformation,” on the other hand, explores commerce that evolved into symbolic art.

“Transformation” offers conceptual photography from Robert Heinecken and Victor Landweber, appropriating magazine imagery (the former) and paint chip color cards (the latter) as a companion show to the Robert Berman Gallery’s September exhibit, “Paid to Play – an overview of California illustrators from 1945-1985.”

With the official grand opening of the newest Robert Berman Gallery (B-7) this Saturday, it’s fitting that “Lost and Found” will be the first exhibition to open in this gallery where so much has transpired. It brings to life and rekindles artistic expression of the past while honoring the Getty Foundation’s initiative, Pacific Standard Time. The opening reception runs from 5 p.m. until 7 p.m.

By mirrormmg November 19, 2011
in Life and Arts
Related Posts