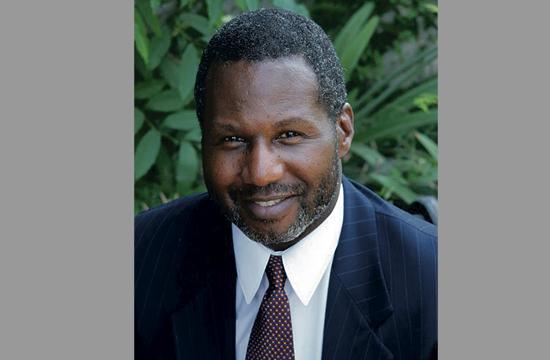 The following examples of celebrity estate planning catastrophes are not meant to showcase the problems that occur to the rich and famous.

These problems are illustrative of the types of problems, which can and do occur to the estates of working people in courtrooms throughout America.

He died without a will. For various reasons, Hendrix’s estate remained in court for over 34 years after he died. Recently dubbed the “world’s greatest guitarist” by Rolling Stone magazine, Hendrix would be twanging a sad tune if he could see what has happened to his family and estate over the years. The estate was managed by a California attorney for 20 years and was later taken over by Hendrix’s father.

The father has since passed leaving the estate to the daughter of his second wife, whom he had adopted. The irony is that this $80 million estate went to someone who Hendrix never knew and excluded a number of Jimi’s relatives despite their lifelong closeness to Hendrix.

If you don’t correctly plan, the assets which you’ve spent a lifetime accumulating can be easily lost to unintended persons.

Marlon Brando’s housekeeper said Brando made oral promises of a home and continued employment, which led to two separate lawsuits after Brando’s death. She claimed Brando had always told her that she would be able to keep the home, which she had been living in for several years as a gift for her loyalty, but the promise was never put in writing. She was ultimately evicted from the home. She sued but only received a small settlement.

Oral promises will not get you very far because they can easily be contested.

Anna Nicole was 39 years old when she died in February of 2007 due to an accidental overdose. Anna had not updated her 2001 will which named her son, Daniel, who had died of an accidental overdose several months earlier, as her sole heir. It is likely that the probate court will award her assets to her only surviving child, daughter Dannielynn.

As for her sought after share of billionaire husband J. Howard Marshall II’s estate who was 90 years old when he passed away, the case finally came to a close 15 years after it started. The case survived the death of both people who were fighting each other -– Anna Nicole Smith and her stepson. The case went all the way to the US Supreme Court where five of the justices ruled that a California lower court bankruptcy ruling was unconstitutional.

Despite having lost the case, Anna received about $8 million in gifts during the brief marriage that lasted just over a year.

Not everyone has your best interest at heart. Have your estate prepared to include protections against undue influence.

Martin Luther King, Jr.’s three children had been fighting with each other in court over the control of his estate. Two of the three children had sued Dexter King, their brother, who had the legal authority to make decisions regarding the King Estate.

The King family fight included disagreements over a movie deal with Stephen Spielberg’s DreamWorks Studio and a $1.4 million book deal about their famous father’s life.

The three children settled and agreed to allow a neutral person to act as “temporary custodian” to manage the King estate.

So now a stranger will be left to make decisions about how to protect and uphold the all-important contribution of Martin Luther King, Jr.

If he had created a basic will before he died (or better yet, a revocable living trust), King could have hand-picked the person or people to manage his affairs and specified what role his children would play in preserving the civil rights icon’s legacy.

If you prepare a trust, consider including a special trustee to referee disputes and avoid costly litigation.

Michael Jackson created a trust that was all of 21 pages and it was never fully funded, defeating a primary purpose of having a trust. To be effective, title to assets have to be transferred to the trust or they may be deemed subject to the jurisdiction of the probate court.

Estimates of the value of this estate have ranged from Michael being heavily in debt to reports from Billboard magazine that the estate earned almost one billion dollars in the year after his death. The executor of his estate report that approximately $315 million was

earned in the year after Michael’s passing.

If Michael had had a more comprehensive trust, many of the issues that have resulted in ongoing disputes for his estate would have been avoided. In addition, costs to the estate could have been better controlled. Salary caps could have been established for the managers

of this estate. Instead, as a result of a recently signed contract with Sony, the estate executors will make $25 million on that single deal and there are many more deals to come.

It’s important that you take the time to plan the estate that you have spent a lifetime accumulating. There’s not much point in working to build the assets of your estate if you don’t put some time into making sure that the assets are protected for you and those whom you love and wish to assist.

William K. Hayes is a member of the prestigious American Academy of Estate Planning Attorneys. The Hayes Law Firm specializes in Trusts, Probate, and Asset Protection Planning. Please call to request a free seminar for your business or organization. You may contact attorney Hayes at 626.403.2292 or visit The Hayes Law Firm website at LosAngelesTrustLaw.com.