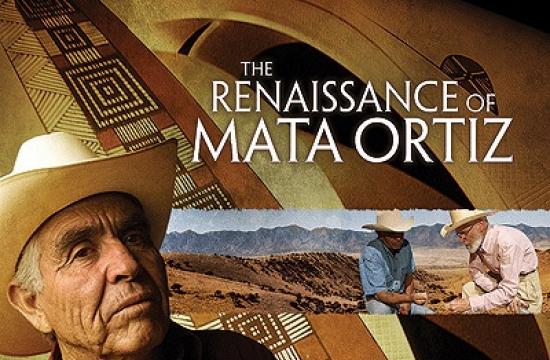 “The Renaissance of Mata Ortiz,” the award-winning cross-cultural story of how an American adventurer and a brilliant, self-taught Mexican artist transformed a dying desert village into a home for world-class art, will screen at Santa Monica College on Saturday, May 12 at 2 p.m. Director Scott Petersen will be in attendance for a Q-and-A after the screening.

When Spencer MacCallum walked into a second-hand store in Deming, New Mexico, in 1976 and bought three pieces of pottery, he had no idea that he was about to embark on a journey that would help lead to the revival of an ancient art form and change thousands of lives. “The Renaissance of Mata Ortiz” is an inspirational story of an artist who overcame extraordinary poverty to become recognized worldwide for his incredible creativity and ingenuity.

“The Renaissance of Mata Ortiz” reveals how anthropologist Spencer MacCallum encouraged the self-taught budding master Juan Quezada to further innovate on the traditional designs of Paquimé ceramics, leading to the phenomenal and award-winning post-modern styles of younger artist Diego Valles.

To see a trailer from “The Renaissance of Mata Ortiz”: http://www.helpfundmymovie.com/page10/trailer.html

Directed by Petersen and recently broadcast on numerous PBS stations, “The Renaissance of Mata Ortiz” is an official selection of the Sedona International Film Festival (Directors’ Choice Award for Best Arts Film), the Durango Independent Film Festival and the Al Jazeera International Documentary Film Festival. It has also screened at the University of Southern California, the San Diego Museum of Man, Seattle’s Burke Museum, the Bowers Museum in Santa Ana, Calif. and the Harwood Museum of Art in Taos, N.M.

By mirrormmg May 2, 2012
in Life and Arts
Related Posts