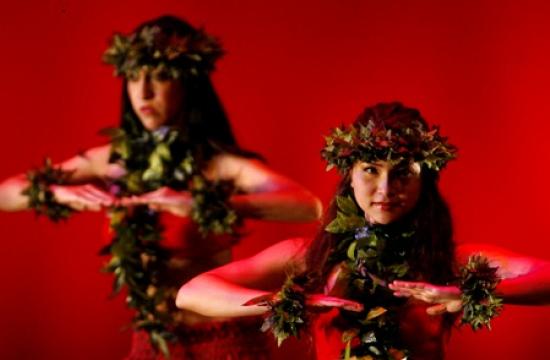 Global Motion, founded by Judith Douglas, is under the direction of Raquel Ramirez and Sri Susilowati.

Global Motion has toured extensively throughout Mexico and California for more than 30 years – at schools, festivals, and special events.

Raquel Ramirez is choreographing “1862 – The Original Cinco de Mayo,” a Mexican Folklórico dance, as well as collaborative work by Global Motion, Ballet Folklórico Flor de Mayo and Dr. David Hayes-Bautista at the UCLA Center for the Study of Latino Health and Culture.

Sri Susilowati, originally from Indonesia, has created “Kandita”, a traditional Indonesian dance from the Sunda area about a mythical princess, Kandita, who is healed by the sea.

Aside from teaching at SMC, Angela Jordan has also taught at UCLA and at schools throughout Southern California. She is presenting a West African mask dance, “Sorsonet”, which tells a story of the mask as a guardian and source of healing.

Kati Hernandez, a native of Cuba, is the artistic director of her own Afro Cuban dance experimental project. “Obalu Aye, King of Village Crowned in another Land” is an Afro Cuban dance that portrays the sacred stories of a king who rules over disease and health.

Yessenia Muñoz began studying dance at SMC with award-winning choreographer Laura Canellias. “Pump up the Beat” is a Samba/Cha Cha Cha dance about how rhythms can help strengthen the human heart.

Tickets, which sell out quickly, are $18 general admission and at the door and $15 for SMC students with ID and senior citizens. Parking is free.