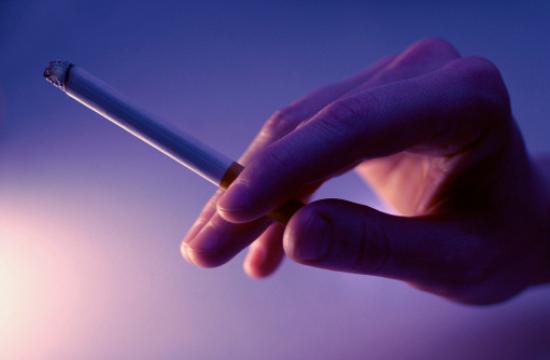 An ordinance up for second reading is usually a quick unchallenged vote away from becoming the law in Santa Monica. A virtual rubber stamp in the deliberation process, proposed laws almost never fizzle when returning back to council members two weeks after it was approved to go forward.

However, in perhaps what is one of the rarest occurrences in Santa Monica governance, an ordinance banning smoking in multi-unit residences failed to muster enough votes in its second reading Tuesday night (July 24).

Two weeks ago, council members approved a proposed ordinance that would have banned new tenants moving into an apartment or condominium complex from smoking. The proposed ordinance, if it had passed, also would have required all existing residential units in multi-unit properties be designated as either smoking or non-smoking, and that the smoking status of units be disclosed in certain ways.

Council members had apparently received several concerns from the community since the proposed ordinance’s first reading.

Mayor Richard Bloom said there needed to be a greater discussion of how the proposed smoking ban would affect the use of medical marijuana.

“I think the council and the ultimate decision-making will benefit from further discussion regarding the issue of medical marijuana,” Bloom said, adding more input from public and apartment/condominium owners, landlord groups, and others would greatly enhance how the proposed smoking ban would ultimately take shape.

Council member Bob Holbrook said he received threatening emails accusing him of being a Nazi or a Hitler disciple but said he truly believed a smoking ban was in the best interest of Santa Monica’s residents.

“I honestly and truly believe that sometimes you have to make … really tough decisions based upon what you think is best for the people of Santa Monica. I still think it’s best that we adopt this non-smoking ordinance,” Holbrook said. “It’s … time that we made homes and living spaces safe for people. They shouldn’t be subjected to smoke.”

Holbrook added he hoped a non-smoking ordinance, which he supported as a matter of public health, might motivate some people to stop lighting up cigarettes at all.

Council member Kevin McKeown, who did not vote July 10 in favor of the proposed ordinance, said one of his key issues with the potential law prohibiting smoking in multi-unit residences is the designate-and-disclose requirement.

Under the proposed law, all landlords of multi-unit residences in Santa Monica must designate with apartment or condominium units have residents who smoke, then disclose those units to potential new tenants. McKeown stated the designate-and-disclose requirement would probably not benefit existing tenants.

“That’s not going to help anyone who currently has a smoking neighbor. That’s only going to help people moving into Santa Monica in the future to know whether there might be a smoker in the building,” McKeown said. “I continue to think that the side effect of that particular cure may be worse than the disease.”

Council members Terry O’Day and Holbrook were the only two votes in favor of passing the proposed ordinance in second reading.

The council voted 5-1 (Pam O’Connor in dissent) to direct staff to again present its report on the proposed smoking ban at a future meeting.

City Hall began regulating smoking in residential areas in 2009, when the council approved an ordinance that prohibited smokers from lighting up in the common area spaces of an apartment complex or condominium. As part of the ban, secondhand smoke victims were permitted to sue smokers.

In 2011, another approved ordinance had banned smoking in any new hotel to be constructed within Santa Monica.

Council member Bobby Shriver was not present at the July 24 meeting.