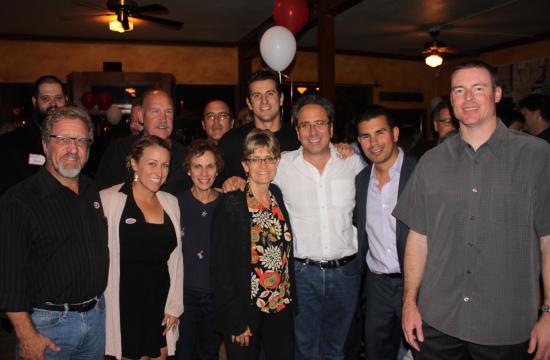 Santa Monica Mayor Richard Bloom has declared victory in the race for the 50th Assembly District after his lead Wednesday increased to 1246 votes.

“After two years of campaigning in one of the most closely watched elections in the State of California, I just learned that the results of the latest vote count are such that we believe I am assured to be sworn in as the next representative for the 50th Assembly District,” Bloom said in a message to his supporters Wednesday afternoon.

“With a lead of 1246 votes, and a relative few votes left to count, results should be certified on Friday, November 30th and I will be sworn in by State Supreme Court Chief Justice Tani G. Cantil-Sakauye on Monday, December 3 in the State Capitol.”

Bloom said he and his wife Robbie were elated and grateful for this opportunity given to him by the voters of the 50th District.

“I want to thank all my supporters, contributors, staff, volunteers and my family for their unwavering support,” he said.

Of the 80 Assembly Districts in California, the 50th District has been the closest.

The day after the election he led Butler by 218 votes after approximately 138,000 ballots had been counted.

On Nov. 21, Bloom’s lead decreased to 79 votes after approximately 171,000 ballots had been counted.

On Nov. 26, Bloom increased his margin to 888 votes after approximately 178,500 ballots had been counted.

Butler, who is yet to concede defeat, has served the 53rd Assembly District since assuming office Dec. 6, 2010, which encompassed parts of Los Angeles and the South Bay.

The LA County Registrar’s office has not released the number of how many ballots that remain uncounted.