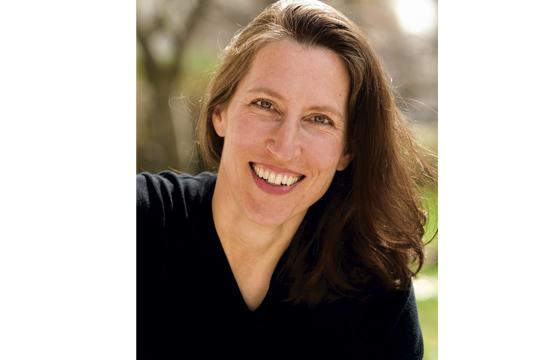 The season pairs novelists and musicians for a fascinating exploration of the relationship between “Music & Story.”

Hamilton joins guest soprano Stacey Tappan and LACO artists as they explore music in which composers reveal their own stories.

LACO Concertmaster Margaret Batjer, currently celebrating her 15th anniversary with the Orchestra, curates and hosts the series, which showcases the virtuoso talent of LACO musicians and illustrates the myriad ways music touches other artistic disciplines, society and our lives.

Along with Hamilton’s insightful commentary, the concert features Brahms’ exotic and innovative G major Sextet, in which the composer used both rhythm and musical notation to evoke the name of Agathe von Siebold, with whom he was infatuated at the time.

It is juxtaposed with Osvaldo Golijov’s multi-layered Tenebrae.

Hamilton said she would talk first, before the Golijov piece, and then again before the Brahms Sextet, and afterwards will take part in a Q&A about the event.

She said possible discussion topics include music, story, obsession, and the creative process.

“I got caught up in the story of Brahms’ fiancee, Agatha von Siebold, and what it is to be the obsession which fuels the art,” Hamilton said. “So, I’m planning to speak as Agatha.  Or rather, the reincarnation of Agatha.”

Hamilton said she had a wonderful time writing her two sections.

“I read the fascinating and thorough biography of Brahms by Jan Swafford, and listened to many CDs, both Brahms and Golijov–all of that in the name of work,” she said. “How lucky. But the big thrill about the night, as an untalented, want-to-be-musician, will be to be so close to the music.”

Hamilton performed a piece about the tortures of the piano recital in Sun Valley without knowing  that Stanislav Ioudenitch, who’d won the Van Cliburn competition, was going to play before her.

“That was perfection,” she said. “Ethan Canin was at the conference and he suggested to Margaret Batjer that, because of my musical distress and interest, I might be a fit for Westside Connections.”

“Westside Connections” concludes on April 15, 2013, with author Mona Simpson, whose 2011 novel “My Hollywood” features a Santa Monica-based classical composer as the protagonist.

At this third and final concert in the 2012-13 series, Simpson lends her insights when LACO artists perform two works that share a literary connection, Janáãek’s String Quartet No. 1 inspired by Tolstoy’s novella The Kreutzer Sonata, which in turn took its inspiration from Beethoven’s “Kreutzer” Violin Sonata.

“Westside Connections” tickets are $50, which are on sale now and may be purchased online at laco.org, by calling LACO at 213.622.7001 ext. 1, or at the venue box office on the night of the concert, if tickets remain.

By mirrormmg March 6, 2013
in Life and Arts
Related Posts