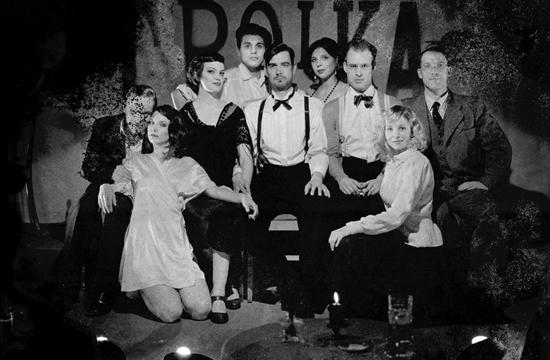 Christopher Grimes Gallery opened a new exhibition Saturday featuring the work of Reynold Reynolds, who is exhibiting at the gallery for the first time.

An opening reception and live film performance was held opening day from 6-8 pm at the gallery. The exhibition runs through May 4.

In order to better understand the nature of time and one’s relationship to it, he investigates the transience of life not only through his technique, but with images that range from compulsive behavior or the inability to act, to the limits and possibilities of the human condition.

For this exhibition, Reynolds will move components of his studio into the gallery where he will film parts of his current enterprise, The Lost.

This multifaceted project is built around the artifacts – found film footage, storyboards, script elements – of a two-hour fictional black and white film from 1933, “Die Verlorenen,” shot in Berlin but never completed due to the rise of the Nazi government.

Reynolds and his team are faced with the sensitive and complex task of editing the footage – a task of material and technical complexity as well as of social and historical sensitivity.

Throughout the course of the exhibition, Reynolds will film segments of The Lost in front of a live audience as a series of film performances to take place at the gallery.

• Saturday, April 27, screening of the first version of the feature film.

Reynolds was born in Fairbanks, Alaska, in 1966. He now lives and works in Los Angeles and Berlin.

He received a BA in Physics from the University of Colorado at Boulder (1991), and remained in Boulder, studying under experimental filmmaker Stan Brakhage.

He completed his MFA at the School of Visual Arts in New York (1995).

In 2003 Reynolds was awarded the John Simon Guggenheim Memorial Foundation Fellowship, and in 2004 was invited to The American Academy in Berlin with a studio at Kunstlerhaus Bethanien. Reynolds has received numerous awards for his films and his work has been included in solo and group exhibitions at Haus der Kulturen der Welt, Berlin, Germany; Kunstmuseum Bonn, Germany; and Museum of Modern Art, New York, NY. His work is in the collections of such institutions as Museum of Modern Art, New York, NY; Lyon Museum of Contemporary Art, Lyon, France; and Neuer Berliner Kunstverein, Berlin, Germany.

The gallery is open Tuesday through Saturdays from 10 am to 5:30 pm at 916 Colorado Avenue, Santa Monica.

By mirrormmg March 17, 2013
in Life and Arts
Related Posts