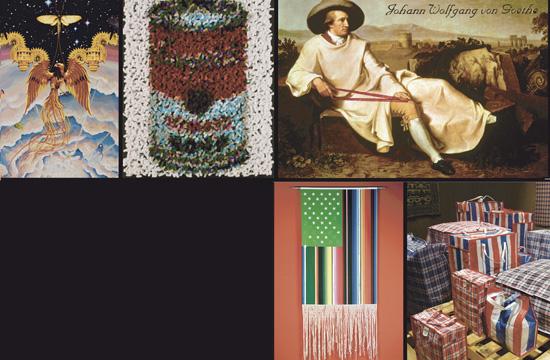 Arena 1 Gallery opens the new group exhibition “Punch Card II” this Saturday with an opening reception from 6 pm to 8 pm. The exhibition runs through April 27.

It features the works of six artists who merge technology and traditional textiles to create their own unique “digital stitch.”

Collectively, the works in this exhibition suggest the loom as a precursor for contemporary digital practices.

“Punch Card II” is a second iteration of an exhibition initially organized by and exhibited at Catharine Clark Gallery in San Francisco at the beginning of 2013.

Arena 1 is an exhibition space founded by Santa Monica Art Studios directors Yossi Govrin and Sherry Frumkin. Based in an historic hangar at the Santa Monica Airport, ARENA 1 invites internationally known as well as newly established curators to develop innovative and compelling exhibitions.

By mirrormmg March 29, 2013
in Life and Arts
Related Posts