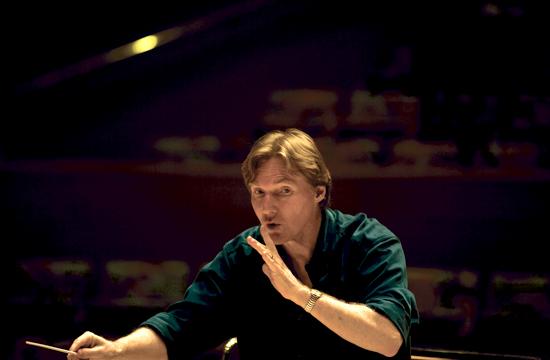 In a surprise move, the Santa Monica Symphony has added an extra concert to their originally planned schedule of three concerts for the 2012-2013 season.

The Symphony will perform this extra concert this Saturday, March 9 at Barnum Hall on the campus of Santa Monica High School.

The featured soloist in the Rachmaninov is the brilliant young pianist, Minh Nguyen.

Music Director Guido Lamell said he decided to hold this extra concert after the success and audience excitement displayed at the Symphony’s first two programs.

“I just couldn’t bear to wait until our planned concert on May 25 to give the Santa Monica community a chance to hear these great musicians again,” Lamell said. “Also, I felt that the orchestra was on a roll and I didn’t want that energy and momentum to fade.”

Lamell began planning this program immediately after the Jan. 20 Martin Luther King tribute concert. He polled musicians and members of the community about music they would most like to play and hear.

“Brahms was one of the first names spoken by many,” Lamell said. “So I proceeded to build a program around my favorite Brahms Symphony, the 2nd.”

The Second Symphony is generally considered to be Brahms’s “Pastorale” comparing it in many ways to one of Beethoven’s most beloved works, his 6th Symphony.

“It has a certain gentle and rich character combined with some of his most exquisite melodies and harmonies of all,” Lamell said. “It also has sections of true orchestral brilliance and power so it really has it all.”

The concert will open with the Berlioz Roman Carnival overture, which was selected for its pure virtuosic display.

Lamell, who himself is a violinist with the Los Angeles Philharmonic when he’s not standing on the SMS podium, said the opening allows all the sections of the orchestra to show-off in full stride.

“I know how important it is to let musicians blow out the stops every once in a while,” he said. “If you were a Grand Prix race driver, you’d have an irresistible urge to push the pedal to the metal as often as possible. Well these players are the ‘Grand Prix’ musicians of Santa Monica and it’s fantastic to see them take off.”

Having selected an early Romantic overture in the Berlioz and a “heart-of-the-Romantic-Era” Brahms Symphony, Lamell went on the hunt for a late Romantic piano concerto.

He wanted the piano in particular in order to showcase the magnificent Fazioli concert grand piano at Barnum Hall that was donated to Santa Monica High School a few years ago by a generous and supportive Santa Monica family.

After calling several piano professors and players around Los Angeles, he was introduced to Minh Nguyen, a freshman at UCLA, and was told that Minh was ready to perform the Rachmaninov 3rd.

Lamell thought this was astounding.

“When I first heard that such a young player could play this work, I couldn’t help but be skeptical,” Lamell said. “The Rachmaninov 3rd is considered to be one of the greatest and most daunting, perhaps, of all works ever written for the piano. It’s also daunting for the orchestra. Pianists spend their lifetimes trying to master this monumental concerto.”

This concerto was the subject of the 1996 film “Shine” which chronicled pianist David Helfgott’s lifelong struggles with the work.

“I’d like to recommend that anyone who might be interested in coming to our concert should rent that movie or live-stream it before coming to hear Minh play it,” he said. “I did meet with Minh to hear him and I could hardly believe my ears and eyes. He played it brilliantly and made it look easy. I just can’t bear for anyone to get the wrong impression.”

The concert is scheduled for 7:30 pm on March 9 in Barnum Hall on the Santa Monica High School campus, 601 Pico Boulevard.

Admission to the concert is free, although donations to the Symphony are gratefully accepted in the foyer before and after the concert.

Lamell said he also urged people to sign-up to the Symphony’s email list online so that the SMS can follow up with attendees about future announcements, program updates, and other information.

By mirrormmg March 7, 2013
in Life and Arts
Related Posts