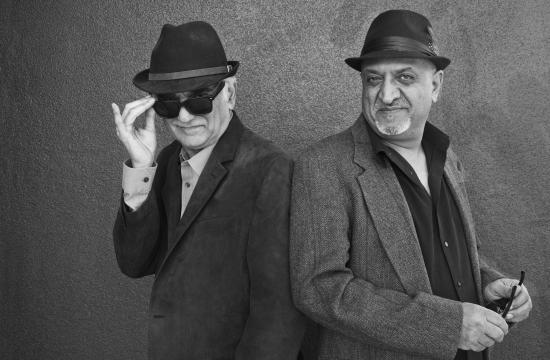 The U.S. theatrical release of the award-winning documentary “Babe’s and Ricky’s Inn” commences in Santa Monica today, April 5 for one week.

An added bonus: there will be a live blues performance and Q&A after every 7 pm show and after the 4 pm shows on Saturday and Sunday at no extra charge.

For more than three years, director/producer Ramin Niami gathered the stories of the legendary Los Angeles blues club Babe’s and Ricky’s Inn, its owner Laura Mae Gross (known as Mama Laura), and its amazing collection of musicians for the feature-length documentary.

“As an Iranian-American filmmaker, who along with my co-producer Behrouz Arshadi, we came to be known as the ‘Iranian Blues Brothers,’” Niami said. “I take particular pride in having earned the trust of the community in South Central to document this important piece of L.A. blues and music history.”

For 53 years, “Mama Laura,” a woman from Mississippi, brought well-known and up-and-coming musicians together, regardless of race, age, or gender.

It drew world-famous musicians like Johnny Lee Hooker, B.B. King, and Albert King, who often dropped in to the club and jammed with the best of LA blues artists, Guitar Shorty, Keb’ Mo’, Zac Harmon, Deacon Jones, and Ray Bailey.

The film features original music by some of the most important blues artists alive.

Niami said stunning guitar performances and personal stories about the hard blues life come together in the film.

“I feel privileged to have captured the unique sounds, atmosphere, and people of this gem of a blues club in its last days,” he said.

“Babe’s and Ricky’s Inn” premiered as the centerpiece of the Pan African Film Festival in Los Angeles last month and took home the Festival’s “Programmer’s Award.”

The digital release of the film is being facilitated by Cinedigm. It will be released on VOD on April 9 on iTunes Premium, Amazon, YouTube and others.

For more information about the documentary, visit babesandrickysinn.com.

By mirrormmg April 5, 2013
in Life and Arts
Related Posts