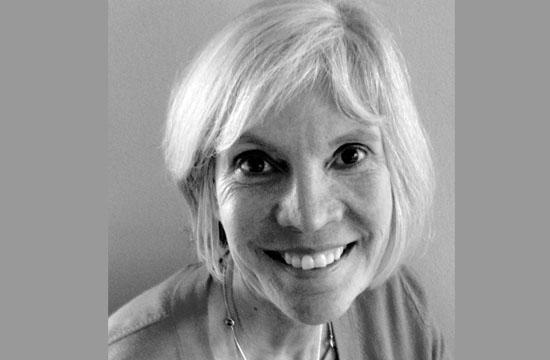 St. John’s announced with great sadness the death of Dr. Janet K. Salomonson earlier this month. A memorial mass will be held at Saint John’s this Thursday, Sept. 26 at 12 pm in the Sister Marie Madeleine Chapel.

“Our beloved Medical Director of the Cleft Palate Services and gifted plastic surgeon, passed away Sept. 10 after an illness,” St. John’s released in a statement.

“While an intensely private person, she was known throughout Saint John’s and the surrounding community, and internationally, for her deep devotion to her patients, their families and her associates.

“At Saint John’s, she held the position of Section Chief of Plastic Surgery and served as a member of the Surgery Committee, the Pediatric Committee, and the Surgical Value Analysis Team.”

Donations may be made in honor of Dr. Salomonson’s work to the following organizations:

In 2011 Dr. Salomonson agreed to be interviewed for the Hometown Hero column. She wanted people to know about the problem of cleft palate, that it was a solvable problem, and the work of the organizations Faces of Hope and Rotoplast.

What follows is the reprint of the 2011 column:

Santa Monica plastic surgeon Janet Salomonson will be in Guatemala this coming summer performing operations to correct the birth anomaly of cleft palate. “We never turn away any child who is healthy enough to go through the operation. I stay for one or sometimes two weeks in the host country and typically perform about five operations every day. We work until the work is done,” said Dr. Salomonson.

“For reasons we still don’t know, even though the human genome has been mapped, normal structures don’t form in the lip and palate and children are born with cleft palate. Not only is cleft palate disfiguring, it’s important to have the structures in place as early as possible so the child can learn to speak correctly. It’s best to do the operations in stages. We do the lip first, especially with a child under 10 months and then return to repair the palate.

“If the cleft palate is not corrected when they are very young the child can still learn to speak, but often they can’t speak clearly and can have difficulty being understood.”

Salomonson has been to Nicaragua, Guatemala, Peru, Bolivia, Chile and the Philippines to perform cleft palate surgeries. This is her tenth year of working with Faces of Hope and Rotaplast, two Rotary sponsored groups, which arrange trips for teams of medical professionals to work internationally donating their much-needed medical skills.

“We go with a spirit of humility and with respect for the local culture. We work with the local people. Their knowledge is helpful to the success of our work. We partner, whenever possible, with local physicians and are always on the look out for local physicians who want to be trained in cleft palate surgery.

“We bring the supplies, everything from sutures to anesthesia,

our own scrubs, antibiotics, so that we are not taking from the local facility.” Doctor Salomonson noted.

The visits of the medical teams are announced on the radio, in the newspapers and on banners and flyers. The radio seems to be the way most people learn about the program.

The organizing group goes ahead of the medical team and scouts out the situation in the host country to make sure that the basic requirements for operating and achieving good surgical outcomes can be met. They also make the arrangements for lodging and meals for the medical team members.

The daughter of Swedish immigrants to Minnesota she has the famous Midwestern straightforward manner and self –deprecating style. Her mom was a stay at home mom and her dad worked on road construction. They wanted the American dream of education and a better life for their child.

Her parents had originally met when her mom was a ‘summer child’ on a farm. It is a typical Swedish custom, kind of the Swedish equivalent of sending your kid to camp, for city children to go to farms in the summer. On the farm she was given a kitten, the food was great and she had a wonderful time. She liked the entire farm family, including the older son. Years later, they met again and decided to marry.

Salomonson’s path to studying medicine was incremental. She knew when she was in Maplewood High School in St. Paul, Minnesota that she was drawn to math and science.

This took her to the University Of Minnesota as an undergraduate to study Chemical Engineering. Many of her professors worked in the field of bioengineering and medicine. Salomonson admired their work and decided she would apply to medical school and become a medical researcher.

In Medical School, also at the University of Minnesota, she fell in love with the clinical work and decided that, as much as the research meant to her, it would mean more to work with patients. One more incremental move took her to UCLA for a surgical residency, starting in general surgery and then specializing in plastic surgery.

At the invitation of a beloved former teacher, Salomonson went back to Minnesota to give the commencement address at her old high school. She told the graduates, “You won’t remember for long who won the super bowl or even the Nobel Prize, but you will remember the teachers who taught you about the world and the people who were important to you. Fame is not what is important. What is important are the people in our lives.”