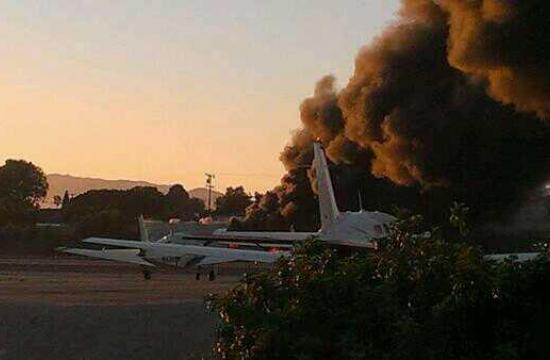 An eight-seat twin-engine Cessna Citation crashed into a hangar at Santa Monica Airport at 6:20 pm Sunday.

Federal Aviation Administration spokesman Ian Gregor confirmed to The Mirror the twin-engine Cessna Citation went off the right side of the runway after landing.