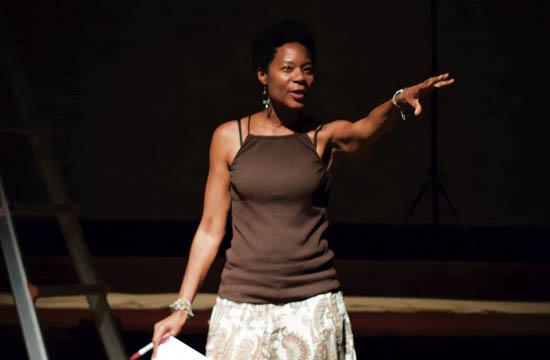 WaveFest will comprise of three “waves” of short plays over six weekends through Oct. 13.

Centered on the theme “Go West,” the plays will explore many stories of the Westside and Southern California through the lens of history, neighborhood, cultural group, myths, and the entertainment industry.

Plays will include pieces by contemporary Los Angeles and Santa Monica playwrights along with staged snippets of fiction and poetry by well-known writers with deep local connections, including Bertolt Brecht and Raymond Chandler.

The plays will be interspersed with other live entertainment including music, poetry, and dance.

Its inaugural offering was a series of highly popular staged play readings at the Santa Monica Main Library.

The company has gone on to produce a series of well-received fully staged productions: an inventive adaptation of “The Tempest” at the Annenberg Beach House; David Auburn’s “Proof” at the Church in Ocean Park; “How I Learned to Drive” at The Santa Monica Little Theater; and a recent sold-out run of the riotous comedy, “The Complete Works of William Shakespeare, Abridged” at The Promenade Playhouse.

Santa Monica Rep’s mission is to establish and sustain a professional, regional theater in Santa Monica.

They produce classic and contemporary plays by great storytellers and present them in fresh, dynamic ways.

The company utilizes the unique capabilities of theater to engage their audience in an on-going conversation about relevant themes. They aim to serve the community by providing outreach and education, and through enriching cultural events.

WaveFest will be performed according to the following schedule: