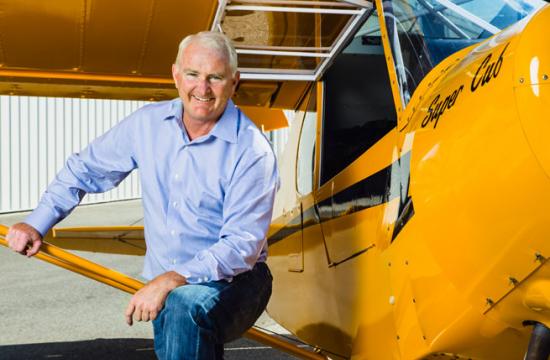 The Aircraft Owners and Pilots Association (AOPA) says it will continue to fight for the continued operation of Santa Monica Airport following U.S. District Court Judge John L. Walter siding with the Federal Aviation Administration (FAA) in a motion to dismiss a federal lawsuit brought by the City of Santa Monica over the future of Santa Monica Municipal Airport.

In a case filed last October, the City of Santa Monica asked the court to allow the city to use the airport property as it sees fit, including alternative uses.

The lawsuit challenged the FAA’s claim that the city was obligated to operate the property as an airport or, if they do not, then the right of possession to the property could – at the option of the U.S. government – revert to the U.S.

Judge Walter ruled on Thursday that the United States government claimed a clear interest in the airport property and has never abandoned that interest. The city had 12 years under the Quiet Title Act to bring suit against the federal government.

In strong language, the judge wrote that the city either knew, or should have known, that the federal government claimed an interest in the airport property as long ago as 1948, and as a result the statute of limitations for the city to claim title of the airport has expired.

AOPA president Mark Baker said the city was stopped in its tracks on Thursday in its most recent effort to “strangle Santa Monica Airport.”

“The city is not representing its citizens,” Baker said. “Surveys have proven the majority of Santa Monica residents support the airport, yet the city continues to spend millions of dollars of taxpayer money to shut down this economic engine that provides jobs and annual revenue of more than $200 million. Santa Monica Airport is vital to the city and to our nation’s air transportation system and it must not close.”

“We will use absolutely every resource available to us to prevent that from happening,” Baker said.

Earlier this month on Feb. 10, AOPA and the National Business Aviation Association (NBAA) filed a friend of the court brief in support of the FAA’s motion to dismiss the lawsuit.