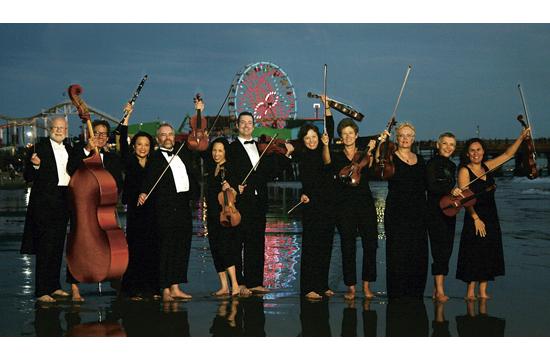 OSM is in the midst of its second season of presenting highly-acclaimed concerts of symphonic music to the community with its next concert this Sunday.

Collins, Bishop, and Montemer have long been involved in Santa Monica affairs.

All three are committed to bringing OSM to well-deserved prominence in Santa Monica and the greater West Side communities, and believe in the organization’s unique artistic vision.

The trio join a board that includes among others Dennis White, Chair of White Insurance Company in Santa Monica, Cindy Bandel, Senior Project Engineer at The Aerospace Corporation (and OSM violinist), and Founding Music Director Allen Robert Gross.

Board President Bandel said she was delighted with the new additions to the Board.

“We are extremely fortunate to have such a strong team of board members,” Bandel said. “With all their talents, resources, connections, and dedication, I am certainly looking forward to OSM’s successful growth and development.”

Continuing its artistic mission of presenting music that reflects the cultural diversity of the greater Los Angeles areas, this “North and South of the Border” concert highlights compositions by Mexican and Mexican-American composers and performers, presenting works by Silvestre Revueltas, Arturo Márquez, a North American premiere by Enrique González Medina, and featuring Mexican-born guitarist Ricardo Escobar.

Supported by grants from the City of Santa Monica and LA County Supervisor Zev Yaroslovsky, this event will also feature outreach programs at the Virginia Avenue Park Teen Center and the Santa Monica Boys’ and Girls’ Club.

By mirrormmg February 23, 2014
in Life and Arts
Related Posts