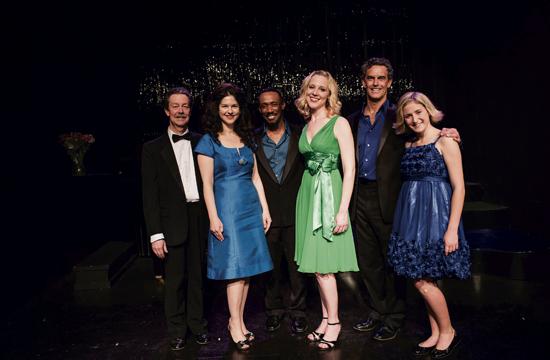 In this reality TV driven world, Anthony Newley and Leslie Bricusse may not be household names but in the Broadway theatre community, they are legends.

In addition to writing the musicals “Stop the World, I Want to Get Off” and “The Roar of the Greasepaint, Smell of the Crowd” in the 1960’s, Newley/Bricusse also wrote the music of the 1971 Oscar nominated movie “Willy Wonka and The Chocolate Factory.” The popular cult film featured hits such as “Candy Man” and “Pure Imagination.”

Add to that a string of hits recorded by Nina Simone, Sammy Davis Jr., Tony Bennett and more, this songwriting team left an indelible mark on the music world.

Back in my 20s, I was working as a musical theatre performer and was cast in the national tour of “Stop the World” written by the aforementioned duo.

The revival production starred Anthony Newley, a revered icon in the world of musical theatre. We toured for over nine months and hit nearly every 5,000-seat theatre across the United States.

The show starred Newley and actress Suzie Plakson, along with a Greek chorus style cast of ten women. I have fond memories of the tour… our nickname for the show became “Stop it’s a Mall, I Want to Get off.”

Tony Newley was a kind, generous, funny, and much adored leading man. He is no longer with us, but Anthony Newley and Leslie Bricusse (who is very much alive) have provided years of enjoyment through their music. Pacific Resident Theatre in Venice is currently running “Pure Imagination,” a musical revue by the pair. I had the chance to attend the endearing production a few weeks ago and nostalgically recognized almost every song in the show.

Director Bruce Kimmel wrote a poignant piece in the playbill explaining that Anthony Newley changed his life. It inspired him to follow his own dream of acting, writing and directing.

Flash forward… Kimmel is an accomplished actor, writer, and producer who recently presented an evening featuring the music of his idols at the Federal Bar in North Hollywood.

It was then that Pacific Resident Theatre’s artistic director Marilyn Fox and Kimmel connected. Fox had been an avid fan of Anthony Newley since her teens.

“I was always in love with him! I thought he was so incredibly unique and such an inspired performer,” Fox said. “I started hearing the songs in my head. Songs like ‘What Kind of Fool Am I?’ and ‘Pure Imagination.’”

Fox contacted Kimmel and together they pooled their passion and created this charming revue.

The plot is loosely based on the “Stop the World” storyline featuring the journey of a man (Little Chap) with interactions from the women and people in his life.

The show will run through March 2 at Pacific Resident Theatre, 703 Venice Boulevard in Venice, CA 90291. Performances will be held Thursdays through Saturdays at 8 pm and Sundays at 3 pm. Tickets are $20 to $28.

By mirrormmg February 10, 2014
in Life and Arts
Related Posts