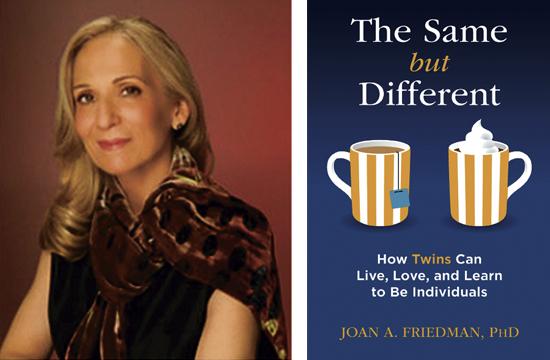 There’s no question that the media tends to glorify the twin lifestyle by emphasizing the exciting, fun advantages that come with being a twin.

Scenes from Mary-Kate and Ashley Olsen or Tia and Tamera Mowry’s movies and television shows may come to mind, as they are often thought to characterize the twin lifestyle.

Whether they were playing tricks on their parents, reading each other’s minds, or having the privilege of a guaranteed best-friend-for-life, life as a twin seemed without too much turmoil.

But the underlying issue, according to Santa Monica-based Dr. Joan A. Friedman, author of “The Same but Different: How Twins Can Live, Love, and Learn to be Individuals,” is that the positive social construct may inhibit a twin to acknowledge and admit that it is, in fact, difficult to be one.

The presupposition about twins is never questioned, and it is less common to wonder about the downsides since it would nullify the glamorized illusion of the twin lifestyle.

This is not to say that the heart-warming details about being a twin is wholly inaccurate; Dr. Friedman in her book quotes her favorite description of the twin experience – “(hearing my twin’s voice is) like taking a vitamin!”

However, the objective of Dr. Friedman’s book focuses on the proper care of a twin relationship, or a “twinship,” as coined by the author.

Dr. Friedman herself has an identical twin sister; the inspiration behind her book derived from the huge impact her identity underwent as a twin.

Her growing interest for more knowledge about the nature of a twinship not only derived from her personal experiences, but also from giving birth to twin sons.

This catalyzed the lingering concern for the effective parenting of twin children, eventually evolving into the publication of her books.

“The Same but Different” is her second and most recent book and is aimed toward adult twins who are likely in the same mental and emotional boat as the author is.

Dr. Friedman names a kind of identity crisis as one of the most prevalent issues in twinships.

As children, Dr. Friedman and her twin sister Jane were a “spectacle.”

Since they too perceived that they were different, they wound up reinforcing the typical twin interdependency.

She and Jane had virtually no separate time away from each other, hindering the development of individual identities as they were dependent on their collective identity instead.

“Being noticed is not the same as being known,” the author explained. “All adolescents wish to have their own identity.”

Dr. Friedman notes that this identity neglect can be highly detrimental, as a lack of self-awareness can lead to low self-esteem and inhibited social skills. Because she and her sister relied on each other in every aspect of life, they also tried to minimize competition by failing to recognize some of their relationship problems, which led to an inability to resolve conflict.

“Ultimately, it kept us from being authentically honest with each other about our truer feelings,” Dr. Friedman said, noting that this is a stark contrast to the sort of brutal honesty that most siblings are able to share with each other.

Since the effects of her childhood experience were not the most optimal, Dr. Friedman became all the more passionate about educating parents of twins as a writer. She raised her twin sons Jonathan and David, who are now 25, with the emphasis of individual identity in mind and likens them to “night and day.”

Dr. Friedman never intended on writing a book or being considered an author, but knew that there was no book out there “that explicitly talks about the challenges of adult twins.”

“The Same but Different” took a few years to publish and is the result of Dr. Friedman’s unyielding wish to educate the general public as well as serve as a voice for twins who face difficulty “outing their feelings” about their twinships. She also works as a psychotherapist.