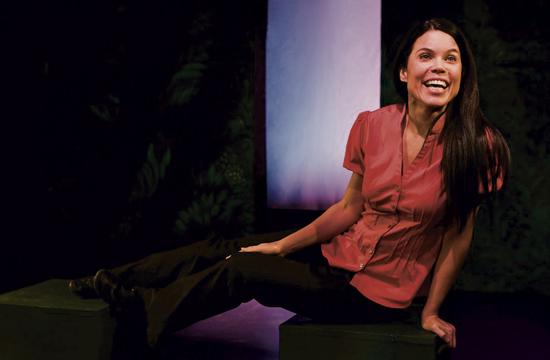 The Santa Monica Playhouse this weekend opens performances of “Jamaica Farewell” – an award winning play written and performed by Debra Ehrhardt and directed by Joel Zwick.

Performances open Saturday, Feb. 8 and will continue through March 2.

Based on her true-life story, Ehrhardt’s “Jamaica Farewell” chronicles her escape from revolution-torn Jamaica in the 1970’s to fulfill her lifelong dream of going to America.

When Ehrhardt was an 18-year-old secretary in Kingston, Jamaica and longing to go to America, she bumped into a handsome CIA agent over a bowl of oxtail soup on her lunch break.

It was during the turbulent 70s of the Manley Era that she saw her chance.

A pinhole of opportunity that she could squeeze through with the help of this love-struck American.

She began a dangerous adventure that only the single minded passion of a teenage girl would chance. The boundary between bravery and foolishness blurred as she became more desperate.

When she agreed to smuggle a million US dollars in cash to a mysterious contact somewhere in Miami, the agent became her accomplice. Only he had no idea about the plan.

This Ehrhardt’s third one-woman show. Previous productions include award-winning “Mango Mango,” and “Invisible Chairs,” which was produced by David Strasberg at the Marilyn Monroe theatre in West Hollywood and later optioned as a situation comedy by Fox.

By mirrormmg February 7, 2014
in Life and Arts
Related Posts