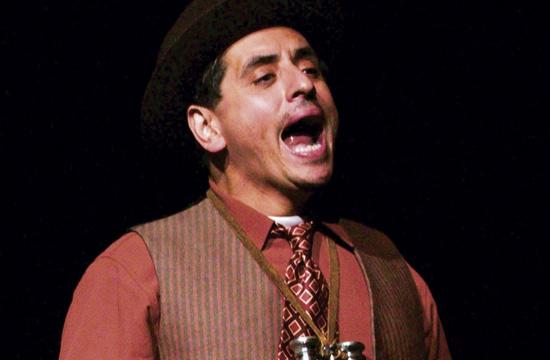 The evening will be held at 7:30 pm at the Moss Theater in Santa Monica.

The three-part series, with “LA Influential” as this year’s thematic twist, examines the impact the diverse city has had on arts and culture through the eyes of distinguished guest artists and speakers.

LACO Concertmaster and series curator Margaret Batjer has programmed evenings that showcase the virtuosic artistry of LACO musicians in chamber masterpieces, reflecting the compelling LA connections and inspirations that have deeply influenced the series’ special guests.

Montoya, who calls himself a “Chicano” and draws on real-life experiences, has been addressing racial issues with humor and satire with the performance troupe Culture Class since 1984.

Having lived in Los Angeles for more than two decades, Montoya said there’s a constant soundtrack in his head.

“Music has inspired me and comforted me (because) to be a political artist is kind of a lonely thing,” he said.

Westside Connections, now in its sixth season, concludes on May 15 with John Rubinstein, the prolific film, stage and television artist who is the son of legendary pianist Arthur Rubinstein.

Los Angeles Chamber Orchestra is considered one of the world’s premier chamber orchestras as well as a leader in presenting wide-ranging repertoire and adventurous commissions.

Its 2013-14 season, the Orchestra’s 45th, features a compelling mix of beloved masterpieces and genre-defying premieres from firmly established and notable up-and-coming composers programmed by Jeffrey Kahane, one of the world’s foremost conductors and pianists, who marks his 17th season as LACO’s music director.

Tickets beginning at $50 are available online (see link below), by calling LACO at 213 622 7001, or at the venue box office on the night of the concert, if tickets remain. Student rush tickets ($10), based on availability, may be purchased at the box office one hour before the concert.

By mirrormmg March 31, 2014
in Life and Arts
Related Posts