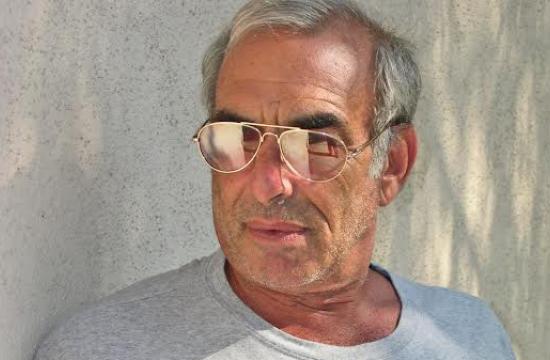 I am Billy Blake, and I have been a fine art photographer for over 50 years. I am now 71, and definitely not the typical age demographic for Kickstarter. I am not a techie, I don’t play video games, and I know nothing of the latest gadgetry.

I am an artist who lost a home, 30 years of work, and almost everything I had in the flash of a raging fire. It took me down emotionally, way down. But I summoned the resolve, and “rose above it,” and I want to share the story.

Since getting off my depressed butt, I have re-created lost photos, and now I am finally doing it – publishing a book of my work.

Of course, I needed financial assistance to do it now, so I launched a project on Kickstarter and I have to say – I am loving my time in the crowd funding community as their resident senior citizen.

I grew up in NY as “that kid with the camera.” I was a street photographer, and I once spent a day with John Lennon, another with a then-funny Woody Allen.

I photographed Mel Brooks and Alfred Hitchcock together, the only time they met. All of it is gone. I then had a long career in entertainment as the publisher of Millimeter magazine, and then as a producer of feature films based on song titles.

Yes, I am the Einstein-like genius who conceived of a film called Rhinestone where Sylvester Stallone would sing country – one critic said “I saw it on an airplane and walked out.” But all through my life, fine art photography always was, and always will be my greatest passion.

I’ve had acclaim – awards and featured gallery exhibitions on both coasts. But I never did a book. Despite urgings from friends and publicists, I just never did.

Finally, in 2008, I was ready, so I cleared out my basement and began the arduous task of digitizing thousands of negatives in preparation for my book, at long last.

Then, on July 3, 2008, I awoke in the middle of the night with a start. I don’t know if I heard something, smelled something, or maybe it was just simply one of those eerie premonitions that comes from a place all its own. There was an orange glow. And while we had experienced many shades of the color orange since Peggy and I made our home renting a modest place on the beautiful Malibu beachfront, I never before saw orange at 3:30 am!

The orange began to dip and dive and I soon realized my neighbor’s house was on fire and it was heading our way.

My first inclination was to go get my camera to document the moment. But there was no time. I woke up Peggy, she grabbed the dog and we stopped for nothing. Less than a minute from the time I awoke, we opened the front door to exit, and thick grey smoke billowed inside.

We just closed our eyes, took a deep breath, and ran blindly through the smoke. We never came back. On the way out, there was a small bag, fortuitously left on the path to the front door, which contained disks comprising my digital library of photographs. I am thankful for that. But nothing else survived, and the basement with all the negatives was no more.

The fire destroyed everything, even melted the computer hard drives. That fateful day, three PCH homes burned to the ground.

I spent months kicking myself over the loss of all my work (not to mention an insurance lapse, which buried me economically).

Peggy – a practicing Buddhist and more grounded than me – impressed upon me that I should be thankful I had awakened when I did, and that I needed to stop feeling sorry for myself and do something proactive and constructive.

Well, I may not listen to reason right away, but I like to think I listen eventually.

I resolved to re-create my favorite lost photos, and do it in a faithful way, capturing their original essence. It took 3 plus years and was cathartic. Now, I am going to publish my first-ever book of photography entitled IMAGES … From the Ashes. The book will feature the re-creations along with narratives about each, stories that will immortalize the originals.

The kickstarter campaign has been a marvelous experience. I have not yet reached the target, but the process of engaging others, and belonging to such a cool community – it’s made me younger.

That’s the story. Is the message here about my personal journey? No, I think it’s larger than that. I believe we all experience futility, a force beyond our control. But nothing can beat us down for good if we won’t let it. The human spirit can truly be indomitable. And if we seek that spirit from within and embrace it, we can rise above anything. When the book is published, I will feel like it’s come full circle – from devastation to salvation.

I am blessed with two great kids and three grandkids. Peggy and I reside in Santa Monica with our dog Chance, who was rescued from the fire, and has generously pledged three bone-ys to my kickstarter campaign. The book’s website is www.imagesfromtheashes.com, and the campaign is on www.kickstarter.com in the photography category. You can contact me there too, and if you have any similar tale of resolve, I’d really love to hear it. Thanks for listening.

By mirrormmg March 5, 2014
in Life and Arts
Related Posts