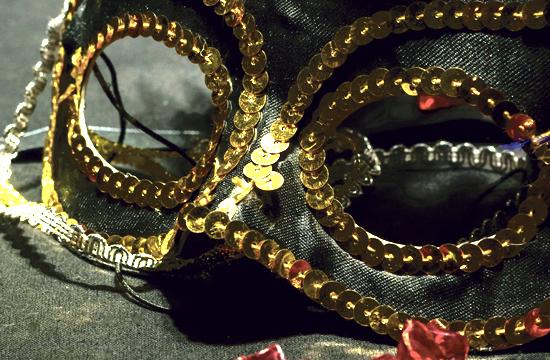 The City Shakespeare Company is kicking off its 2014 season with a bash.

Theater-goers will enjoy Hollywood-style red carpet arrivals and complimentary wine starting at 7 pm, followed by a 90-minute performance of The Merchant of Venice. Dancing and prizes for the best masquerade costumes conclude the evening.

But the company, which is currently housed in an early 20th century warehouse space located within walking distance of the Third Street Promenade, is well aware of the controversy that follows this play.

Bishop, who is directing this production of Merchant, writes, “My hope is that people leave the theater asking questions. If this play sparks a dialogue, if you leave wondering not who was right and who was wrong, but rather if right and wrong even matter at all, I will be ecstatic, and know we’ve done something worth doing.”

Peter Nikkos, who plays the historically-charged role of Shylock, writes, “There is Shylock in everyman; my humble goal is to show the audience the ‘everyman’ in Shylock.”

If you go: The Merchant of Venice plays Thursdays, Fridays, and Saturdays at 8 pm March 27 through April 12, and Sundays April 6 and 13 at 4 pm.

The location is 1454 Lincoln Boulevard, Santa Monica. Plenty of free street parking after 6 pm. Doors open at 7:30 pm. Tickets are $20 at www.brownpapertickets.com/event/583598.

April 3 and 10 will be pay-what-you-can at the door. For more information, visit www.CityShakes.org.

By mirrormmg March 26, 2014
in Life and Arts
Related Posts