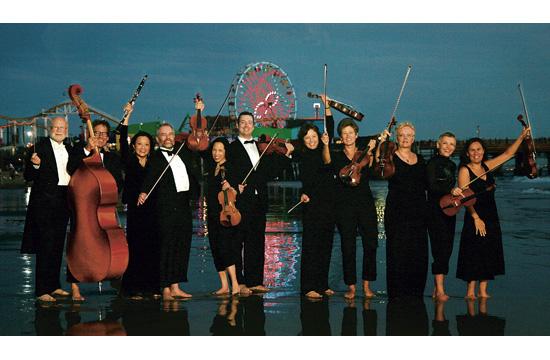 The 3:30 pm concert will feature music by Mozart, Bach, and Handel.

The orchestra, under Music Director Allen Robert Gross, will be performing this concert at its intimate concert venue at Mt. Olive Lutheran Church in Santa Monica.

Lovers of the Baroque and Classical eras will particularly enjoy hearing familiar and unfamiliar pieces by three of the most beloved of composers.

Maimone has been the organist and choir director at Mt. Olive Lutheran Church since 2009.

A long-time member of the American Guild of Organists, she inaugurated a series of concerts and celebrations to celebrate the birthday of Johann Sebastian Bach, first at West Point’s Post, Cadet and Old Cadet Chapels, then at St. Mary’s Episcopal Church in Cold Spring, NY, followed by Mount Olive Lutheran Church in Santa Monica.

The Symphony No. 17 was written when Mozart was a teenager and already shows a thorough mastery of the elegant early classical style. The Divertimento in D Major, K. 251., for solo oboe, horns and strings is one of Maestro Gross’ favorites.

“It’s extraordinarily joyful music, full of fun from beginning to end,” Maestro Gross said. “Mozart must have had a romp composing it.”

“It gives the audience a rare opportunity to hear a first-class chamber orchestra concert in Santa Monica,” Frain said.

By mirrormmg March 28, 2014
in Life and Arts
Related Posts