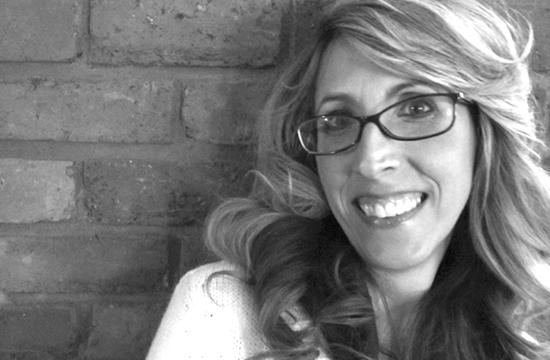 Santa Monica Repertory Theater, the popular and critically acclaimed Westside theater company, launches its first ever “Solo Series” with performances of “bigblueride” and “From Seven Layers to a Bikini Top in Less than Five Hours” this Thursday, March 27 through April 17 at the Miles Memorial Playhouse in Santa Monica.

The “Solo Series” debuts March 27 and April 3 with “bigblueride,” a poetic and musical voyage through Los Angeles, written and performed by Tanya White.

The show originated as a group of poems White wrote while riding the Big Blue Bus.

As she moved through the city on public transportation – images, sounds and people captured her imagination, inspiring curiosity and reflection.

White said “bigblueride” is about connection, ourselves, the environment, and each other.

“Though we may perceive ourselves as completely individual we are all connected, a living, breathing, loving, hating, cussing, cooing ball of crazy,” she said.

White grew up in Park Forest, Illinois, studied theatre, went to work, had a baby, and moved to California.

She wrote and performed as part of Triangle Room, a monthly late night show.

She’s performed with other storytellers in Word Salad, Pinata, Tattle Tales, Write Club Los Angeles and most recently at The Trunk Show.

She first worked with Santa Monica Rep as part of the company’s short play festival, Wavefest. Santa Monica Rep was so impressed with her excerpt of “bigblueride” in Wavefest that they invited her to perform the entire show in the “Solo Series.”

Amber Morse provides musical accompaniment throughout “bigblueride” on percussion instruments. Morse is a singer/songwriter as well as actor and musician.

The “Solo Series” continues on April 10 and April 17 with performances of “From Seven Layers to a Bikini Top in Less than Five Hours,” written and performed by Andrea Schell.

“Bikini Top” is a fun, high energy show that explores different aspects of being a woman through the lens of seven quirky characters.

With influences from Arlo Guthrie, Wendy Wasserstein, and the self-help industry, this piece includes monologues, song, movement and poetry – as Schell puts it, “everything you want in a solo show and more!”

Schell is a member of Santa Monica Rep and an active participant of the Los Angeles storytelling scene.

She has performed at The Trunk Show, Shine, Write Club Los Angeles, Tattle Tales and others.

She developed, produced, and hosted the web series “What Would Men Say?” currently showing on www.evoxtelevision.com and is Associate Producer for the feature “Tiger Orange.”

She is currently writing a new solo show which she will continue to develop at a writer’s residency at Wildacres Retreat in May 2014.

The “Solo Series” is one of the latest offerings by Santa Monica Rep, a company founded in 2010 by Santa Monica residents Eric Bloom, Jen Bloom, and Sarah Gurfield. Since then, leadership team has been joined by Ann Marie Tullo and Bart Petty.

The Solo Series will be performed according to the following schedule:

• “From Seven Layers to a Bikini Top in Less than Five Hours”: Thursday April 10 and April 17

All performances begin at 8 pm. Admission is $10-$15 suggested donation at the door. For reservations, email info@santamonicarep.org.

By mirrormmg March 25, 2014
in Life and Arts
Related Posts