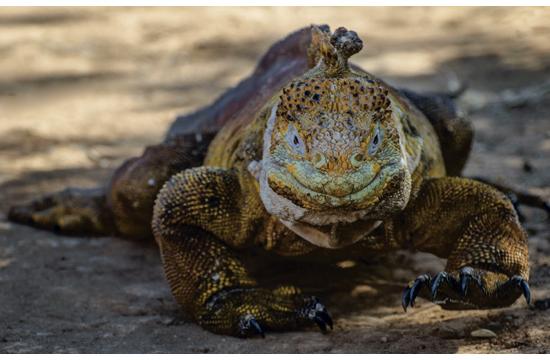 The G2 Gallery on Abbot Kinney Boulevard has long been a champion of the environment and its inhabitants.

Founded in 2008, the gallery consistently spotlights the work of photographers who seek to inspire and educate the pubic on the importance of environmental conservation.

“On the Brink” is a new exhibition, which gives a voice to the mammals, birds, corals, and other life forms currently in jeopardy of extinction.

The exhibition, featuring images of more than 200 species, is presented in conjunction with Earth Day and the 50th anniversary of the International Union for Conservation of Nature (IUCN) Red List.

“We chose Earth Day and the occasion of the 50th anniversary of the International Union for Conservation of Nature to put together our most comprehensive exhibition to date,” explains co-owner Susan Gottlieb. “The 25 artists selected to participate in ‘On The Brink’ represent some of the best wildlife photographers who have captured on film endangered species in action. It’s our hope that these incredible pictures will encourage activism on behalf of these precious creatures.”

Each and every year more than 2,000 species become extinct…and that is a conservative statistic according to IUCN.

“This is the biggest, full-scale exhibit we’ve ever done, in terms of number of artists and number of photographs. We’re incredibly excited to bring so many talented artists into the gallery for such an environmentally significant show,” admits Gallery Director Jolene Hanson.

Although this well documented exhibition explores the possibility of extinction while acknowledging the loss of several species, it also celebrates the rehabilitation of many species.

Through the hard work and efforts of concerned groups and individuals, many species have been saved – one example is the Galapagos Land Iguana.

In the 1930’s while visiting the Island, William Randolph Hearst realized that non-indigenous inhabitants such as pigs, cats, and dogs were having a negative impact on the Land Iguana.

After finding that many were undernourished, Hearst moved a population to a smaller island, which became the initial breeding stock for the Charles Darwin Research Station captive breeding program.

“At morning light I was walking on a path about thirty minutes from the beach when I saw this large Land Iguana walking toward me,” recounts L’Heureux. “I slowly and quietly got on my stomach and captured the iguana’s walk before it returned into the vegetation.”

A renowned photographer, L’Heureux has traveled all over the world, participating in 13 expeditions to Antarctica. L’Heureux’s work has been featured in two solo exhibitions at G2 Gallery.

For a full list of photographers and to find out more about “On the Brink,” visit www.theg2gallery.com and www.iucn.org.

By mirrormmg April 25, 2014
in Life and Arts
Related Posts