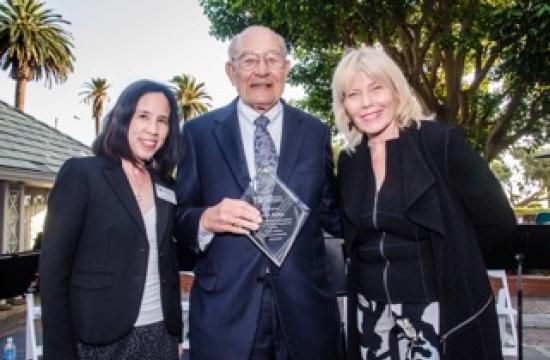 John Bohn was presented with the first-ever Virtuoso Community Leader Award during the Orchestra Santa Monica’s Spring Celebration at the Fairmont Miramar Hotel & Bungalows on Thursday, May 22.

Currently, Bohn is a board member of the Santa Monica Historical Society.

In 1949, Bohn formed Tavco, Inc., the first in a series of companies that would later make up The Bradmore Group.

Originally from Centralia, Ill., Bohn is a graduate of UCLA and has continuously resided in Santa Monica since 1936.

Bohn and his wife June have four sons and six grandchildren.