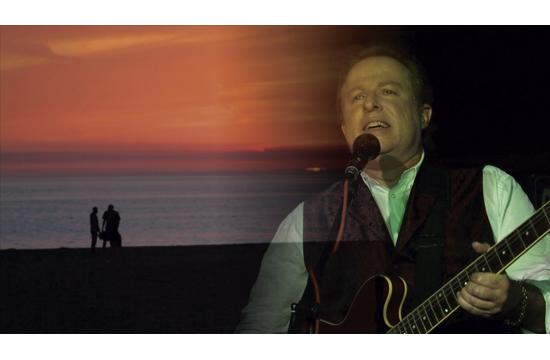 Justin Chart loves Los Angeles. This native son has proven his love for his city in a logical manner for a singer/songwriter – with Los Angeles the song. To date, five versions of it.

About 50 percent of Chart’s video were shot in Santa Monica.

The songs are upbeat, positive love songs for his city, showcasing Los Angeles’s beautiful sunsets, downtown skyscrapers, palm-lined streets, ethnic neighborhoods, Hollywood’s neon signs, all evidence of the warmth of the city and its people. Justin’s literally taken it to the streets. And, his 13-year-old daughter, Tali, debuts in “Los Angeles Word,” playing the keyboard and singing backing vocals.

These videos resonate with many who view them on YouTube. Perhaps it’s the positive messaging.

More than three million have viewed the original version posted over a year ago; more than one and a half million have clicked on the most recent version, posted just over a month ago. Chart’s five Los Angeles songs have over nine million views total.

Contrast that with Randy Newman’s somewhat cynical “I Love L.A.” – none of the 10 versions posted on YouTube have anywhere close to a million views.

What’s next? A sixth version, of course, about a month from now.

By mirrormmg June 3, 2014
in Life and Arts
Related Posts