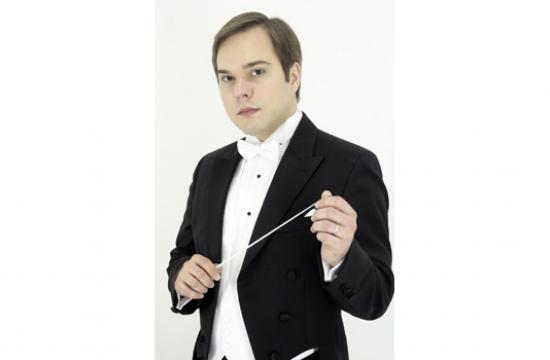 The League of American Orchestras presented Marcelo Lehninger, Music Director of the New West Symphony and Associate Conductor, Boston Symphony Orchestra, with the Helen M. Thompson Award earlier this month at its National Conference in Seattle.

Marcelo Lehninger was selected for his artistic excellence, exceptional musical leadership, and commitment to organizational vitality.

The award, which was presented June 6. recognizes a music director in an early career stage who works with a smaller-budget orchestra in the U.S./Canada.

“Having had the opportunity to see Marcelo Lehninger at work, I experienced first-hand the talent and musical leadership that have earned him the Helen M. Thompson Award,” said League President and CEO Jesse Rosen. “We’re pleased to be able to continue bestowing this important award, just as we support the many other professional development activities for conductors, composers, managers, and others working in orchestras today.”

New West Symphony Executive Director Natalia Staneva said she nominated Lehninger for this award on behalf of our entire organization for his keen knowledge of the classical repertoire and an innate musicality that is recognized and respected by our professional musicians.

“He connects with our patrons, donors, and the community-at-large in meaningful and effective ways,” Staneva said. “We are so proud of Marcelo and thank the League of American Orchestras for this immense honor and recognition.”

The Helen M. Thompson Award is given by the League to orchestra managers and music directors in alternate years.

The award was created in 1981 to celebrate the life and work of Helen M. Thompson, who dramatically advanced and promoted the cause of the symphony orchestra in the United States.

Beginning in 1943, her 27 years of inspired leadership and service to the League encouraged smaller-budget orchestras to develop high standards and to serve their communities well.

The award particularly recognizes her support and encouragement of managers and music directors early in their careers.

Eligible nominees must hold the top managerial or music director position at a League of American Orchestras member orchestra with no more than five years combined experience in a top position.

A panel of music professionals selects the winner. Previous winners include Mei-Ann Chen (2012) and Joana Carneiro (2010).

Brazilian-born Marcelo Lehninger is recognized as one of the most gifted conductors of his generation, inspiring musicians and audiences alike.

Appointed music director of the New West Symphony in 2012, he has led the Symphony in clarifying its artistic goals and creating new programming initiatives, helping to not only further its reputation as a first-class orchestra but to also position it as a community hub for classical music and artistic engagement.

By mirrormmg June 29, 2014
in Life and Arts
Related Posts