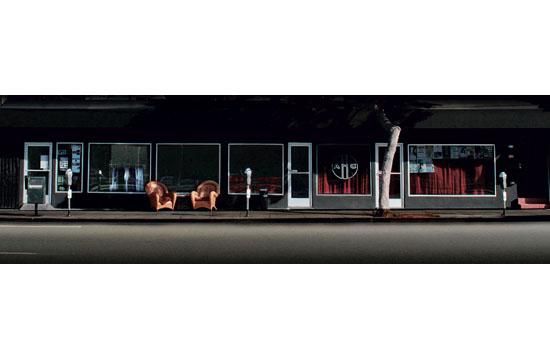 Imagine a space that transcends space itself, whose sole intention is to allow the creative people of Los Angeles a place to express themselves, to learn new things, and to collaborate. In Santa Monica, such a place exists.

However, what started out as a multimedia studio for Gramian to use for himself, has transformed into a hangout and an outlet for creative teenagers.

An impressive man himself, Gramian graduated from school a year early and then moved on to write and direct a feature film, produce 20 albums, throw more than 100 concerts, and launch AHC.

It is surprising to learn that while still in college, Gramian faced issues with NYU Tisch not wanting to screen his own films. A school whose complete purpose was to support and develop artists, was turning its back on one of their own.

So, with AHC, Gramian is letting the teenagers take control.

He simply wants to provide them the opportunity, and then he wants to “get out of the way of whatever is happening.”

He describes the current art scene as an “International New Wave.” Similar to the French or German or British New Wave, he identifies these teenagers’ work as unique and full of potential, if it is taken seriously as art.

Gramian provides them access to high end equipment, to other artistic people, and to performance space.

He also provides summer classes for high school and college students, as well as hosting events that bring together print, video, and audio.

Gramian’s main motto is that “collaboration is key.”

Gramian views this project, his company, as a “Home Depot. for freelancers.”

The driving idea behind the company is that people with different specialties, whether it be music or film, old school or new school, will come together to produce something completely unique.

Gramian describes the space as “immersive,” as “their own little world.” Truly, it is a space for any artist, regardless of his or her background, to learn and grow.

When asked what it is he wants to impress upon the kids who come to him or his company, he says, “If you’re serious about it, you have to take it seriously.”

AHC is providing these kids the opportunity to take themselves, and their art, seriously.

By mirrormmg June 26, 2014
in Life and Arts
Related Posts