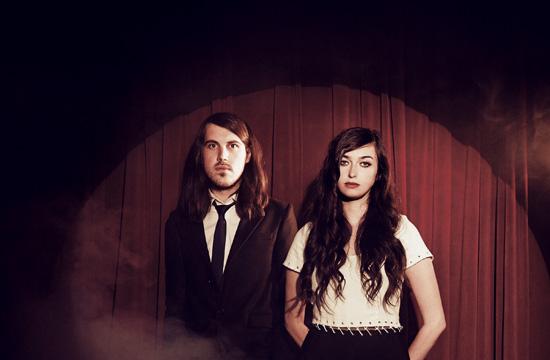 One of Santa Monica’s most awaited summer night traditions returns to the Santa Monica Pier this week.

The series, which is celebrating its 30th year, will open with headliner Cults.

The indie-pop band is led by guitarist/vocalist Brian Oblivion and vocalist Madeline Follin, who both attended college in New York and ultimately ended up establishing Cults in the Big Apple.

Though Oblivion says that he and Follin “both got into music late in life” – as Cults was formed when they were 20 years old – it seems to have taken no toll on the success of the band.

Oblivion describes Cults’ music as a “melting pot of early 60’s music and hip-hop,” which is more than enough to intrigue the mind and the ear.

This unique marriage of “silly romantic doowop songs” and more modern musical stylings was shared by bandmate Follin, which fatefully led to the birth of their band.

Cults’ upcoming concert in Santa Monica marks a humorous anniversary of sorts of his time at the pier last July, during which he attained “the worst sunburn of his life.”

Due to unlucky timing and a bout of typical Fourth of July traffic, Oblivion wound up spending five hours by himself on the Santa Monica Pier, taking advantage of all of its amenities like the games and the Ferris wheel, though his original plans were to meet up with a friend.

It seems fitting that Oblivion’s next encounter with the pier will be thoroughly planned out this time.

Nevertheless, Oblivion cites the “ability to be surprised” as one of his favorite aspects about performing and being on the road.

“I can’t picture what this concert will look like,” Oblivion said. “So it’s a new challenge every time.”

In addition to some of the pleasant surprises that the scenic Santa Monica Pier will offer to the performers, Oblivion mentioned that the concert would be a particularly special event because the band members are all Southern California natives.

“We’re really excited to be performing in our home state,” Oblivion said of the upcoming concert.

Cults dropped its second album, “Static,” in October of last year. The band is set to hit the studio again in the fall.

By mirrormmg July 9, 2014
in Life and Arts
Related Posts