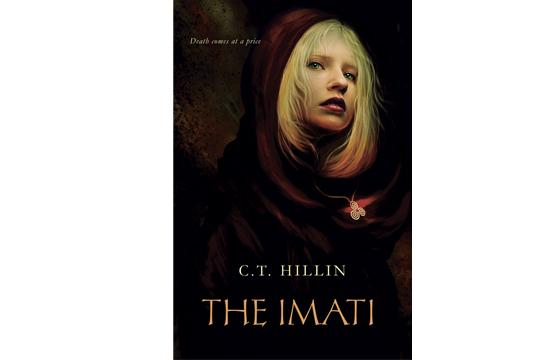 Santa Monica author C.T. Hillin recently finished her first paranormal romance novel “The Imati” that’s set in a world of immortals, Souljumpers, Seekers, and ancient prophecies. The book centers around a 300-year-old “Imati” (an immortal) who looks like a 17-year-old girl.

Hillin created the idea behind the novel back in 2008, which was to “flip a common formula.”  Hillin told The Mirror that many popular books at the time “were about a normal teenager becoming extraordinary,” whether that was “getting superpowers or dating a vampire” or anything else.

She wondered what would happen if she created an anti-hero: “someone who already was extraordinary but lost it all. A lot of ‘The Imati’ came from that.”

Since the main character is immortal, Hillin saw an opportunity to educate readers about one of her passions: history.

“I love history and so making my lead character immortal was awesome for me because then I just get to tell all of these flashbacks [and] sort of bring teenagers there too,” Hillin said. “Like the French Revolution and like Slave Tradeship… I basically got to take all of my favorite moments in history and stick a character in them.”

Another one of Hillin’s passions is travel.  She credits many of the travel opportunities she has received to her time at Yale University.

“I was lucky because at Yale I got an opportunity to travel the world a lot; I got to study abroad in Paris for a summer when I was learning French, and Yale provided us a trip to Italy at one point,” she said.

She also made friends from around the world and got to go visit their homes.

“Beyond just having a love for History I also, throughout traveling to those places [featured in her novel] I have a firsthand experience of going there, so in the book when I take my character to Prague I remember the cobblestones, I remember the buildings; everything in the book is real places and real diners and real streets. It’s kind of transporting people to that world.”

Hillin is especially excited because the book is a joint venture with her brother.

“His film production company is the one publishing it,” she said. “ I have been working on this book for four or five years and you just become very attached to it so it’s nice to have someone who allows you to follow your passion and really stick to your guns and do something the way you want it to be done and who really gives you the freedom to do that.”

Print and eBook editions of “The Imati” are available at www.theimati.com and Amazon.

By mirrormmg July 24, 2014
in Life and Arts
Related Posts