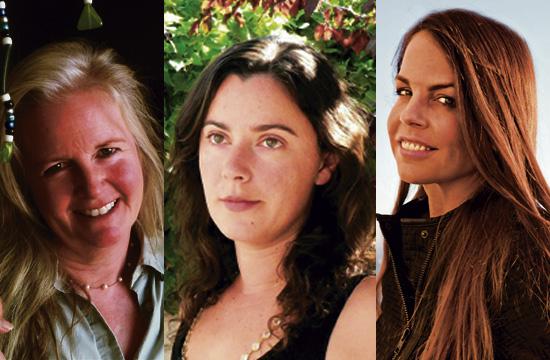 A young adult author panel titled “Books to Bond Over: YA Authors in Conversation” will take place from 7-9 pm this Tuesday, July 8 at the Santa Monica Main Library. It will include six successful young authors – three hailing from Santa Monica.

“It’s special when you can see a group of authors at an event,” said Holly Goldberg Sloan, author and Santa Monica local. “The opportunity is there to hear different ways and reasons for how and why we write.”

Sloan’s most recent book, “Counting by 7s,” was published last August. Sloan began as a screenwriter two decades ago. Recently back from a book tour in the UK, she is “happy to be seeing old friends and to be at home in my city.”

Up next? A new novel called, “Just Call My Name,” coming out next month on Aug. 5.

As a final note, Sloan adds, “The Santa Monica Public Library system is a gift to the city. I’m hopeful that people take advantage of the programs they offer.”

Another Santa Monica author who will be attending the event is Ava Dellaira.

After receiving her MFA in poetry rom the Iowa Writers’ Workshop, Dellaira moved to Los Angeles to work in film.

At the panel Dellaira will be discussing “Love Letters to the Dead,” which she describes as “an epistolary coming of age novel that begins with an English assignment: write a letter to a dead person.”

She is “honored to be asked to participate in an event the Santa Monica Public Library,” which, she says, she “adores.”

The third Santa Monica local is Margaret Stohl. She is co-author with Kami Garcia of the best-selling “Beautiful Creatures” series and solo author of the dystopian “Icons” series.

The panel will be held at Martin Luther King, Jr. Auditorium at the library branch, which is located at 601 Santa Monica Boulevard, Santa Monica. For more information, call 310.458.8600 or visit smpl.org.

By mirrormmg July 7, 2014
in Life and Arts
Related Posts