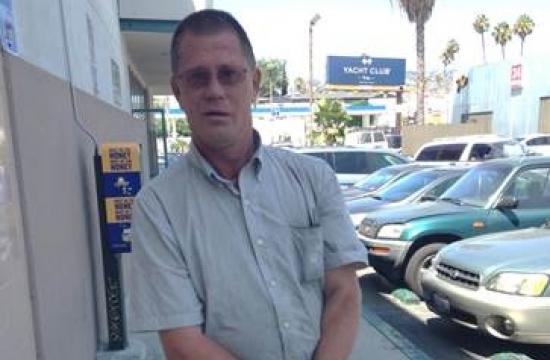 Police are seeking the public’s help in locating a 48-year-old man with a traumatic brain injury who left his home in Hollywood earlier this week and was last seen later the same day at a Starbucks in Santa Monica.

Bobby Talley left his home near the 1500 block of North Martel Avenue about 12:30 p.m. Monday and was last seen about 3 p.m. at a Starbucks in the 1400 block of Lincoln Boulevard, according to the Los Angeles Police Department.

Talley is white, 6 feet tall, about 180 pounds, with brown hair and blue eyes. He was wearing a tan short-sleeved dress shirt, black pants and black shoes when last seen.

He walks with a cane and wears eyeglasses, police said.

Anyone with information concerning Talley’s whereabouts was urged to contact Detective K. Merrill of the LAPD’s Missing Persons Unit at (213) 996-1800.