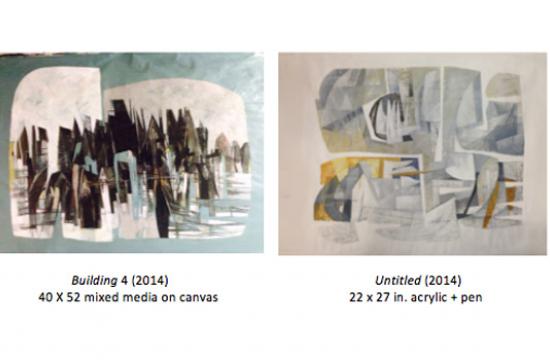 Save the date — Tara Gallery in Santa Monica has announced details of its upcoming exhibition featuring acclaimed Iranian expatriate Hossein Khosrojerdi. The exhibition opens on Saturday, Sept. 20 with a reception from 6-9 pm. The exhibition runs through Oct. 15.

Currently living in self-exile in London, “Redefining Home” will be Khosrojerdi’s first solo exhibition in the United States.

This unique picturesque collection spanning from 2004-2014 will include his digital media and paintings that mark – albeit not all – pivotal periods of his life, which would drive him and his four children out of his beloved Iran to seek political asylum in England.

The viewer will experience Khosrojerdi’s post religious transformation after the Iranian Revolution, when corruption, doubt and fear prompted an elaborate series of digital media with mummies as the center focus.

Despite western grim associations with mummies, in Khosrojerdi’s case they represent a sort of self-preservation.

Veiled all over, the mummies are non-gender, non-religious, and non-race specific making objective representations of all people depicting no particular time, place or identity.

Khosrojerdi’s series on buildings at the cusp of transformation juxtapose the lack of security and foundation with the yearning for shelter, a place to call home.

While the scaffolding maintains that the building is in shambles, it also denotes a promise of a reconstruction, a new beginning. The beauty of what’s to come overrides the morose mood and tension of the colors captured.

Known for his versatility with the brush, his most recent work is a collection of abstracts. Meticulously textured and composed, the negative spaces in between reveal human interactions such as courtship and courtesies.

Khosrojerdi’s journey is one of personal tragedy and remorse in the face of political turmoil. Yet there’s the looming silver lining in all his pieces, which are meant to uplift once one can see past the destruction.

Iranian born, Khosrojerdi is a prominent Iranian artist whose career spans from the early seventies through present.

His work has been influenced by major historical events in Iran including the Islamic revolution.

Among many other solo and group exhibitions worldwide, his digital painting, Gaze, won the Grand prize of International Sharjeh Biennial in 2001.

He represented Iran in 2003 Venice Biennial, when Iran participated for the first time after the revolution. Born in Tehran, Khosrojerdi received his Bachelor of Fine Arts from Tehran University School of Fine Arts.

Hidden in Santa Monica’s busy retail strip, Tara Gallery is an unassuming space teeming with influential work of outspoken artists who have been kept in political or social obscurity.

Homa Taraji is the owner and director of Tara gallery, a curator of contemporary Iranian art in the United States since 2002 organizing exhibitions in Los Angeles, New York, Houston, and Boston.

She represents a broad range of artists in Iran whose work she represents in the U.S. Taraji is also the co-founder and president of AFCIA (www.afcia.org).

Gallery hours are Tuesday through Saturday 11 am-6 pm, Sundays and Mondays by appointment. All pieces are available for purchase and proceeds will benefit AFCIA, a 501(c)(3) organization. A portion of all purchases are tax deductible.

By mirrormmg September 10, 2014
in Life and Arts
Related Posts