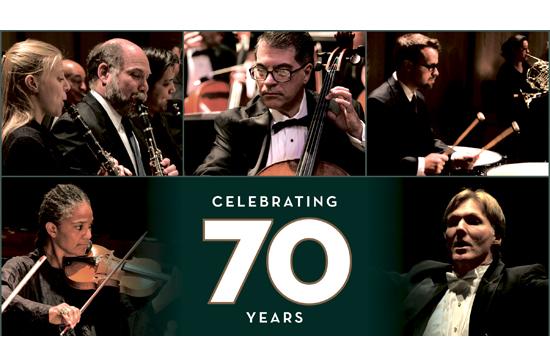 The Santa Monica Symphony Orchestra (SMSO) will open its 70th concert season this Saturday, Oct. 18 at Barnum Hall on the campus of Santa Monica High School.

It will begin with “Overture to Oberon” by Carlo Maria Von Weber, which was the first piece the orchestra performed during its first concert in its first season.

“I thought it would be nice to return, sort of to the orchestra and play the very first thing they ever played,” said Guido Lamell, SMSO Music Director and Conductor.

After intermission, he will return to the stage to perform “Cello Concerto No. 1 in A Minor” by Camille Saint-Saëns.

The last piece of the evening will be “Pines of Rome,” a symphonic poem written by Ottorino Respighi.

“The orchestra reaches a climactic level of volume and power in the last movement that is almost unparalleled in the last repertoire,” Lamell said.

The concerts are spaced at average intervals of eight or nine weeks apart. There will be a concert on Saturday, Jan. 17, at the SGI Auditorium in honor of Reverend Dr. Martin Luther King, Jr.

The annual concert that the orchestra has been holding for the past few years, follows the season’s second concert on Sunday, Dec. 7. The January concert will feature Nikki Crawford and the “First Symphony” by Dmitri Shostakovich.

“The reason I selected a Shostakovich work is that Shostakovich, in his lifetime, endured tremendous opposition and oppression by the Russian government,” Lamell said. “So I felt that there are similar struggles in Shostakovich’s work and life to Martin Luther King’s work and life.”

Maestro Lamell has been playing music since he was six years old, and discovered his passion for it as a teenager.

In high school, he had jobs playing the violin, being paid $6 an hour; “great riches” for the young musician in Oklahoma City.

The conductor has been SMSO musical director for the past three years and has been a violinist with the Los Angeles Philharmonic (LAP) since 1979, touring to Venezuela and Japan. Aside from his duties at LAP and SMSO, he also teaches privately and coaches the orchestras at Santa Monica High School and Crossroads School.

In 2011, the maestro held a charity concert to benefit the victims of the Tÿhoku tsunami and earthquake at the Walt Disney Concert Hall, performing Beethoven’s “9th Symphony.”

“I have developed a great fondness for the beauty and the kindness of the Japanese population, so when the tsunami occurred in Japan and so many people were lost, I felt a tremendous desire to see if there was something I could possibly do,” Lamell said.

He produced and conducted a concert with more than 200 vocalists and 100 musicians. A year later, he was invited to conduct for SMSO.

For more information about the Orchestra, visit www.smsymphony.org or phone 310.395.6330.

All concerts are free with open seating.

By mirrormmg October 17, 2014
in Life and Arts
Related Posts