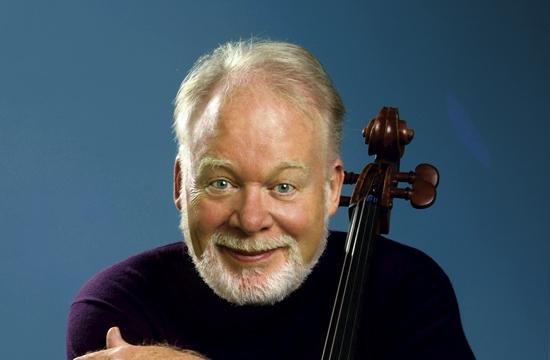 Local residents will have the opportunity to hear one of their neighbors in concert this Sunday, Nov. 9 at 4 pm when internationally-renowned cellist and Santa Monica resident Lynn Harrell performs with the New West Symphony at Santa Monica’s Barnum Hall.

Harrell will be the featured soloist “Concerto in B Minor for Cello and Orchestra” by Antonin Dvoﬁák, on a program that also includes Johannes Brahms’ “Symphony No. 2 in D Major.”

A frequent guest of many leading orchestras worldwide, Lynn Harrell’s presence is felt throughout the musical world.

A consummate soloist, chamber musician, recitalist, conductor and teacher, his work throughout the Americas, Europe and Asia has placed him in the highest echelon of today’s performing artists.

He has appeared at the Vatican with the Royal Philharmonic in a concert dedicated to the memory of the six million Jews who perished in the Holocaust.

The audience for that historic event included Pope John Paul II and the Chief Rabbi of Rome. Mr. Harrell has also appeared live at the Grammy Awards with Itzhak Perlman and Pinchas Zuckerman.

Led by music director Marcelo Lehninger, the New West Symphony is celebrating its 20th Season throughout 2014-2015.

In addition to the Sunday, Nov. 9 performance in Santa Monica, the concert will also be performed today, Nov. 7 at 8 pm at the Oxnard Performing Arts Center, located at 800 Hobson Way in Oxnard, and on Saturday, Nov. 8 at 8 pm at the Thousand Oaks Civic Arts Plaza, 2100 Thousand Oaks Blvd. in Thousand Oaks. A free, 30-minute pre-concert talk, Hear and Now Live, will be available for ticketed patrons one hour prior to each performance.

This concert is the second in its six-concert Masterpiece Series. Tickets priced from $29-$82 are available at newwestsymphony.org or by calling 866.776.8400.

By mirrormmg November 7, 2014
in Life and Arts
Related Posts