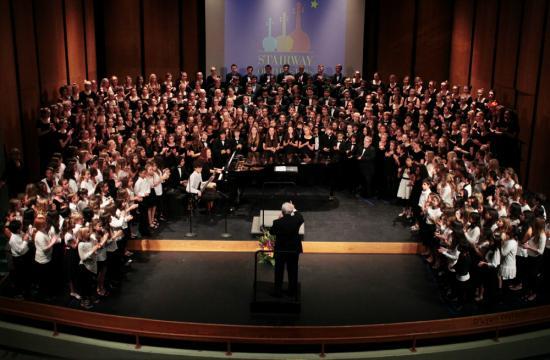 The 2015 Stairway Honor Award Recipient, which is presented to a former student, teacher or organization that’s contributed to the advancement of music and arts education, will be the Gail Dorin Music Foundation.

Stairway of the Stars is open to the public. Advanced purchase tickets and information can be found at www.smmusd.org/vapa/stairway.

General unrestricted seats are $15. Donations to the music program are encouraged and include contribution levels from Sponsor ($50-99) to Virtuoso ($1,000 plus). On show nights tickets may be purchased at the Barnum Hall Box Office starting at 5:30 pm.

By mirrormmg February 10, 2015
in Life and Arts
Related Posts