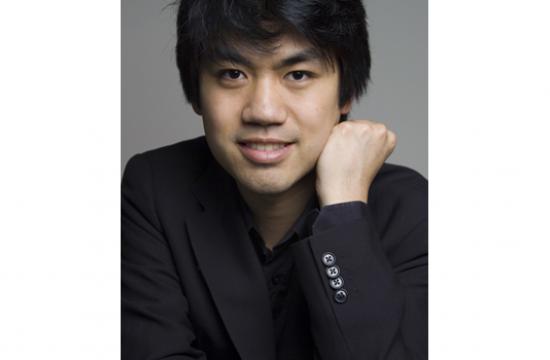 Chen, who is being presented by the New West Symphony in collaboration with Santa Monica Place, will play from 7 pm to 7:30 pm and again from 8 pm to 8:30 pm.

The performance will be given on an outdoor stage as part of the three-day celebration of the Year of the Ram that will include traditional music dragon dances, arts and crafts, and exclusive offers from participating stores and restaurants.

“This is the first partnership in Santa Monica that enables us to present guest artists for our upcoming concerts from around the world to the Santa Monica community while raising awareness of the Symphony’s presence in the area,” Bansal said.

Chen will be the featured soloist for the New West Symphony’s Masterpiece Series concert taking place on Sunday, March 1, at 4 pm at Barnum Hall, located at 601 Pico Boulevard in Santa Monica.

He will perform Saint-Saëns’ Piano Concerto No. 2 on a program that also includes music by Stravinsky and Rachmaninov.

Hailed by the Dallas Morning News as a rising star with a “million-volt smile” and a “formidable set of fingers,” Sean Chen won the American Pianists Association’s DeHaan Classical Fellowship in 2013, one of the most lucrative and significant prizes available to an American pianist. That year he also won Third Prize at the 14th Van Cliburn International Piano Competition, becoming the first American to reach the finals since 1997.

The 27-year-old pianist has performed with orchestras across the United States.

Chen’s talent was first recognized by the public when he was presented as a New West Symphony Discovery Artist in 2002, at the age of 13, and again in 2005.

The Discovery Artist program provided outstanding young instrumentalists the opportunity to appear as soloists with the New West Symphony.

He went on to earn his Bachelor’s and Master’s degrees at Juilliard, and returned to the New West Symphony as a featured soloist in 2008 and 2009.

By mirrormmg February 18, 2015
in Life and Arts
Related Posts