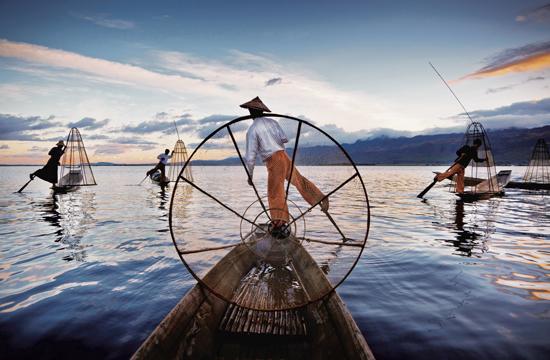 Globetrotting adventure photographer, David Heath, will launch the exhibition of exclusive images from his new book, “Burma: An Enchanted Spirit” this Saturday, Feb. 28, from 5 pm to 8 pm.

It will be co-hosted by famed surfer and photographer Jeff Divine, photo editor of The Surfer’s Journal as well as philanthropy activist supporter Carla Tomson.

The west coast launch will showcase Heath’s take on the raw and photogenic world of the once-isolated Southeast Asian country of Burma.

Traveling by canoe, plane, boat, train, on foot, and hitching a ride on the occasional dump truck, Heath crossed remote Burmese terrain to capture the unique images found in the pages of the book.

“From the moment I first set foot in Burma, I fell under its spell,” Heath said. “I found it to be one of the most enthralling and visually captivating countries I’ve had the privilege to explore and I’m thrilled to finally be sharing these images,” said Heath.

A Southern California native, avid surfer and intrepid traveler, Heath has spent much of his life outdoors.

Six years ago his natural curiosity led him to the remote country of Burma where he became enthralled with the landscape and people, sparking an intense love affair.

After 38 flights, 10 visas, and six prescriptions of anti-malarial medication, Heath has released his first book, “Burma: An Enchanted Spirit,” a photographic documentation of his journey.

“It’s been a pleasure to watch the evolution of this project,” said Jeff Divine. “David’s photographs have captured a powerful moment in time.”

Community support for the event comes from Henry Kao, President of the Southern California Burmese Association and his wife, Noelene Kao, a well-known host on Burmese broadcast station AZmTV.

Heath will be signing copies of the book, available for purchase on-site. A percentage of sales from each book sold will be used to fund the building and development of a school in the city of Yangon. Refreshments will be provided by House Beer and Runa Clean Energy Drinks.

In order to encapsulate the authenticity of his surroundings, Heath refrained from using a flash or artificial light while he traversed the county exploring 500 million-year-old caves, climbing rugged trails through dense forests, and floating high above golden temples in hot air balloons.

The exhibit will be up through Thursday, March 5, from 10 am to 6 pm, with the exception of Sunday, March 1. Note on Monday, March 2 viewings are appointment only by emailing studio@timothy-hogan.com.

By mirrormmg February 27, 2015
in Life and Arts
Related Posts