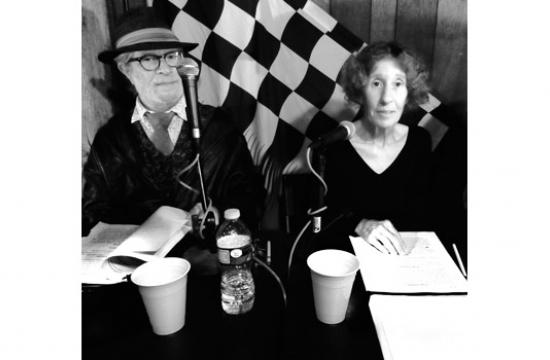 An updated and relocated presentation of the classic science fiction radio drama “War of the Worlds” will be staged at at Highways Performance Space in Santa Monica at 8:30 pm this Friday, Feb. 6.

The invaders-from-Mars story written by H.G. Wells first appeared as an 1897 magazine serial and an 1898 novel that told of a landing in rural England that advanced to an attack on London.

In 1938, Orson Welles famously presented the story as a radio “news” broadcast that had the Martians landing in New Jersey before leveling their heat rays and emitting their black smoke on New York City. And that was all before Steven Spielberg and Tom Cruise got a hold of the tale in 2005.

On Friday, the tale that will be told live from the stage at Highways Performance Space has the aliens landing in California’s Owens Valley in the Eastern Sierra, with the tripod machines then marching south on Los Angeles. And though it is presented as “news” in the Orson Welles tradition, it is very much a 21st century story in this presentation. Just think: H.G. Wells meets text messaging.

This L.A. debut is staged by the IOU Theatre, a venture of the Metabolic Studio in Los Angeles and performers from the Owens Valley, where the drama was the finale of the IOU Theatre’s inaugural 2014 summer stock season of radio plays relevant to that locale from which the Los Angeles Aqueduct brings our water to the City of Angels.

Artist Lauren Bon, principal of the Metabolic Studio expained that “IOU Theatre is a ‘device of wonder’ and act of reconciliation from L.A. – utilizing live, readers theatre, from volunteer community members as the actor/griot to help transform a space, audience, or situation in order to understand our history, nurture creativity, and add to the cultural life of the Owens Valley.”

She added that the monthly radio shows are “to give back to the Valley, to contextualize Los Angeles’ link to one of our sources of water – the sacrificial Owens dry Lake.”

By mirrormmg February 5, 2015
in Life and Arts
Related Posts