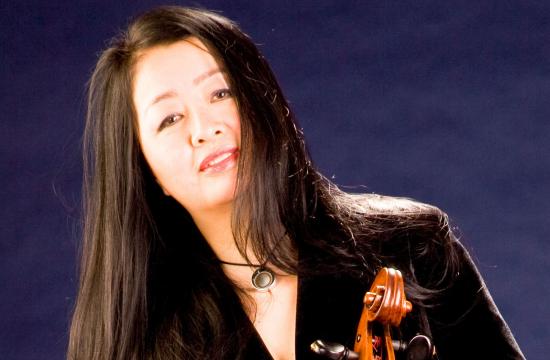 For its fourth and final concert of the season next Sunday, May 17, Orchestra Santa Monica takes “A Forward Look Back”.

With the “Variations on a Rococo Theme” and the Serenade No. 1 in D Major, Op. 11, Tchaikovsky and Brahms look back to the 18th century for inspiration for their melodious forward-looking pieces.

The concert also features The Overture in D Major by Boccherini and a Rondeau by the Chevalier de Saint-George.

World renowned cellist Cécilia Tsan will be featured in the “Rococo Variations.”

As a soloist, she has toured the world. Residing in Los Angeles, she is currently Principal Cello with the Long Beach Symphony.

Elemental Strings, an organization that inspires and nurtures young musicians in Santa Monica, will be performing the St. George “Rondeau” with violin soloists from OSM.

Orchestra Santa Monica is in its third season of offering the highest quality symphonic concerts of both traditional repertoire and new music.  OSM is led by Conductor and Music Director Allen Robert Gross who has received worldwide recognition for his imaginative and probing interpretations of standard and contemporary orchestral repertoires.

By mirrormmg May 5, 2015
in Life and Arts
Related Posts