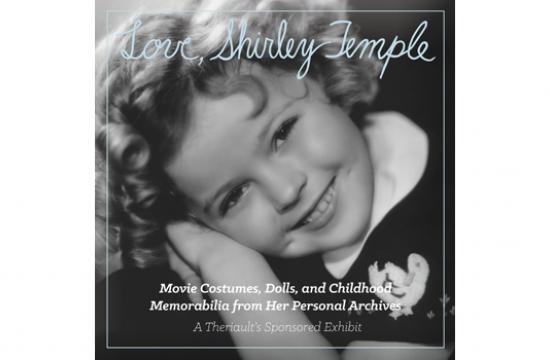 The Santa Monica History Museum has been chosen as one of only five museums in the world to exhibit Shirley Temple’s personal childhood collection. The exhibit will be held June 4 through June 10.

“This is indeed an honor for our museum, the City of Santa Monica and California,” said Louise Gabriel, President/CEO and Founder.

The exhibition will also include paintings and illustrations done for her by famous artists, animators and cartoonists of the period.

It is being sponsored by Theriault’s, the world’s leading auction house for childhood objects who was contracted by the Shirley Temple Family’s partnership to present the childhood collection of the iconic child actress of early Hollywood years and the Great Depression.

This will be a once in a lifetime opportunity in which collectors, fans and museums across the world will have the final public look at the objects of her childhood memorabilia cherished by Shirley Temple Black in her lifetime.

Shirley Temple was the most popular and famous child star actress of all time. She got her start in the movies at the age of three and soon became a super-star. Shirley could act, dance and sing.

Fans of all ages loved her as she was bright, bouncy and cheerful in her films and adorable with her curly blond hair and dimples.

From 1935 to 1938, Shirley was the highest paid star beating out some of Hollywood’s huge stars such as Clark Gable, Bing Crosby, Gary Cooper and Joan Crawford. As a child, Shirley starred in more than 40 motion pictures. At the age of six, she became the first recipient of the Juvenile Academy Awards.

Shirley was born in Santa Monica to a banker and a housewife with two older children. In her later years, she dedicated her life to public service. In 1969, she served as US Delegate to the United Nations. She was appointed Ambassador to Ghana in 1974, two years later, she became Chief Protocol of the United States.

She received a medal at the Kennedy Center for a Lifetime Of Achievement And Service to the United States and the World. Shirley’s personal contacts with Eleanor Roosevelt and Amelia Earhart gave her drive and perseverance. She credits them both with being her key-role models.

Shirley Temple died of natural causes on Feb. 10, 2014 in her home at the age of 85. She was married to Charles Alden Black. The couple had two children; a son Charles and daughter Laurie. She had a daughter; Linda Susan from a previous marriage to John Agar Jr. Shirley Temple will always be remembered for the cheer and smiles she brought into people’s lives.

The museum is located at 1350 7th Street, Santa Monica.