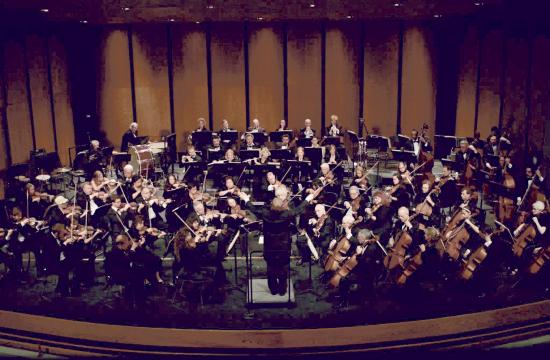 The Santa Monica Symphony, under the baton of Maestro Guido Lamell, celebrates Memorial Day weekend with a concert this Saturday, May 23, at 7:30 pm in Barnum Hall, on the campus of Santa Monica High School.

The concert is a tribute to veterans and includes the patriotic Stars and Stripes Forever.

The program features Mozart’s Piano Concerto No. 21 and Mahler’s Symphony No. 1 and marks the final performance of the Symphony’s landmark 70th season.

“I wanted to finish our 70th anniversary season in the grandest possible way,” said Lamell, “and truly Mahler’s First Symphony is one of the grandest works in the entire classical repertoire.”

Conceived as a tone poem based on the 900 page novel Titan, Mahler’s First is often referred to as “Titan”, a title that also applies to the orchestral forces called for.

Lamell has assembled an orchestra of more than 90 musicians for this “Titanic” work.

“Mahler’s First has everything; some of the most beautiful melodies and stirring dance rhythms but it’s the grandeur of it that sets it apart,” said Lamell. “There are tremendous conflicts portrayed in the complex harmonies which are then resolved with exhilarating and triumphant brass and orchestral fanfares. This piece is a wonderful celebration of our Symphony’s 70th anniversary season. Nothing could do it better.”

As a counterbalance to the power and drama of the “Titan” Lamell has selected Mozart’s beautiful Piano Concerto No. 21 as the concert’s opening piece. Internationally acclaimed pianist Antoinette Perry joins the Symphony for one of Mozart’s most popular concertos, often known as the theme from “Elvira Madigan.”

“The theme of the slow movement is truly one of the most inspired and heavenly melodies ever written,” said Lamell, “and then low and behold the first and third movements are wonderful too.”

Lamell calls Antoinette Perry “a sublime artist” and says, “we are privileged to have her as our soloist.”

The concert marks the conclusion of Lamell’s third season as conductor and music director of the Santa Monica Symphony.

“It is an honor to conduct an orchestra with so many great players,” said Lamell, “especially a group who can play music of such magnitude. Santa Monica is so fortunate to have an orchestra of this stature that it can call its very own.”

As with all Santa Monica Symphony concerts, admission to Saturday night’s concert is free.

Parking is available at the Santa Monica Civic Auditorium lot or in the colorful Civic Center Parking Structure at 4th Street and Olympic Boulevard.