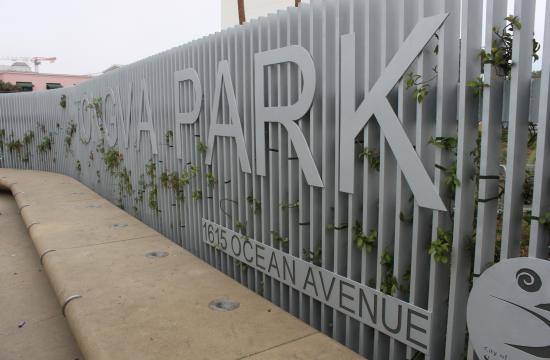 Tongva Park continues its second season of cultural and eclectic programming this month with an enchanting Tongva After Dark evening of Gypsy and Eastern European musicians and singers, followed by a Family Saturday presenting a hula hoop fitness concert for all ages.

On Wednesday, May 13, from 7:30 pm to 9:30 pm, the community is invited to experience the sounds of Gypsy and Eastern European music and song with performances by three prolific musical artists.

The Cory Beers Cimbalom Band performs music from the Eastern European region traditionally known as Bessarabia. Romamian Gypsies, Jews, Germans, Turks, and Slavs inhabited this region for centuries, with each culture contributing to the rich sound of the folk music of the region.

Nevenka Folk Ensemble is a Los Angeles-based women’s folk chorus of all ages performing songs from Eastern Europe including songs from Bulgaria, Macedonia, Croatia, Albania, Russia, Greece, and Georgia, as well as Ladino Sephardic and the Gypsies.

Bring a picnic and enjoy the allure of these unique artists at Tongva Park’s Gathering Hill.

On Saturday, May 23, from 10 am to 12 pm, Kidtribe leads a high-energy hula hooping class with music in Tongva Park’s Gathering Hill. Founded by Kellee McQuinn, KidTribe began as a hip-hop dance class in an after-school program.

From a grass-roots operation to having more than three million participating children in schools, after-school programs, summer camps, and communities across the US and UK, award-winning Kidtribe is nationally recognized for their premier fitness concerts that inspire children to get moving.

The event is free and open to the public

For updated information on the programming, visit www.smgov.net/tongvapark.