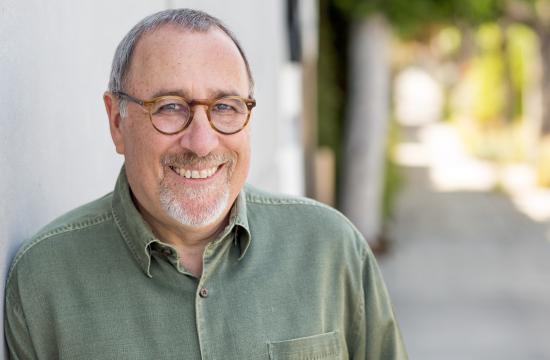 Money. Sex. Bad behavior. It’s just another day at the stock exchange. When global financials go radioactive, predators stand poised for a fight to the finish. Partnerships prove to be perilous and laws are meaningless in the jungle of scheming money managers.

What was it that made you want to direct “63 Trillion”?

Steve Zuckerman: I am always intrigued by the prospect of working on new plays, especially the ones written on topics that I know little about. Although I have a financial advisor, what he does and how he does it is a mystery to me so I thought that I would get to learn a lot about something new. The day you stop learning is the day you spiritually die. It is also a challenge for me to work with writers on forming new works. No new play comes out of the printer ready to be produced. The shaping and preparing is very exciting. I had never worked with John Bunzel before so I had to find out if he was the type of writer that can collaborate with a director and cast in order to make the play as good on stage as it can become sitting around a table. As it turned out, it was a very vibrant collaboration.

What were you looking for in a cast?

This play has a fairly large cast, mostly of character actors who can handle comedy. This is no small task. I have a great relationship with The New American Theater and they have an abundance of these people, so we cast the play with great actors who we had worked with in the past so there was a lot of trust involved. Trust is the most important element of doing comedy. This is an ensemble piece so we were not faced with the challenge of finding one actor who had to carry the burden of the entire piece.

Can you talk a little bit about the process of development with a new play, and when you are working closely with a writer who is open to changes, how do you know when it is time to set it in stone?

A play is never set in stone. Live theater is a living, breathing ever-changing beast – like Frank’s dog, in the play. Every performance differs because of the energy of the actors and the reverse energy of the audience. We should be learning something new about the play from each performance. Every production of “Hamlet” is different and although the words were written 400 year ago, each production is mounted and cut differently.

This is not a Neil Simon type comedy. The humor does not come from “set up, joke.” It is, as John likes to call it, a dark comedy. The humor comes from the fallibility of the characters. Their “unlikeability,” if you will. It is a very fine line…some audiences will howl and some will just smile and some will not like it at all. THAT’S theater. The age of the boulevard comedy in the theater is over, it is the domain of TV nowadays. For a comedy to make a mark these days, it must go past the fluff pieces of the past.

Were you concerned about the like-ability of these characters, considering the serious infractions that are made by investment professionals that many of us trust?

Writer John Bunzel likes to refer to his characters as having “charismatic repulsiveness.” Money makes the world go around and he sees dark comedy as an appropriate genre to tackle the business of finance, reminding us that the financial history of this country, and the world, is a litany of booms and busts, tragedy and comedy, heroes and sharks.

What was the most difficult part in getting this production ready to open?

Everything! That is what any theater professional will tell you. If they say it’s easy, then that person is not doing his or her job.

Is the show that is running now, very similar to the one that you had envisioned after reading the script?

Not even close. It is shorter, more to the point, funnier and even has less characters. That being said, I would not have taken on the project if I didn’t see that John had done his work and given us a piece that had all the potential of being terrific.

“63 Trillion” runs at 8 pm Fridays and Saturdays through June 7. There is only one matinee – 2 pm on closing day, June 7. It is a guest production at the Odyssey Theatre, located at 2055 South Sepulveda Blvd., Los Angeles. Tickets are $30-$34.99. Tickets at NewAmericanTheatre.com/tickets.html or call 310.477.2055. $3 parking available at the theater, or free street parking.