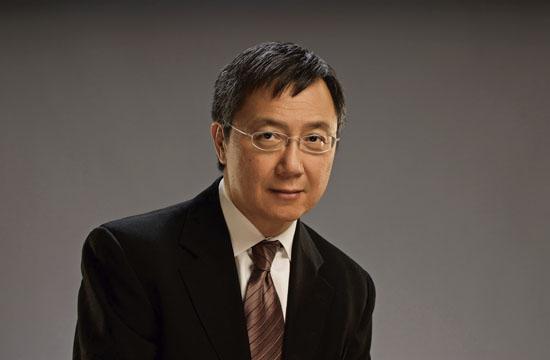 SMC’s 85th commencement ceremony will be held at 6 p.m. Tuesday, June 16 at Corsair Field. For the sixth year in a row, the ceremony will also be webcast live and available on the SMC Alumni Association webpage (alumni.smc.edu). Families and friends from all over the world who are not able to attend graduation will be able to watch the ceremony and see the graduates receive their diplomas.

About 3,900 degrees and certificates will be awarded and 700 students are expected to take part in the festivities, which will also feature the awarding of the Santa Monica College Distinguished Alumni Recognition Award to artist Andrew Hem, renowned for his illustrations and murals, and to author and retired Microsoft Corporation executive Nathan Myhrvold.

“It is a distinctive privilege for us to have President Tsang address our graduates this year, at the end of his tenure at SMC,” said Executive Vice President Jeff Shimizu. “He has transformed the College with his unique vision of global citizenship, his progressive brand of leadership, and his passion for academic excellence. Thanks to his initiative, SMC is one of the most global campuses in the world, and will offer a Bachelor’s degree in Interaction Design as one of 15 community colleges in a historic state pilot program.”

Dr. Tsang began his nine-year tenure as SMC’s Superintendent and President in 2006. Over the years, he has championed innovative programs and established new partnerships that strengthened SMC’s reputation as a pioneer in California’s higher education system.

He championed a first-of-its-kind initiative called “global citizenship” that taps curriculum, study abroad programs, and extracurricular activities to open the eyes of students to the opportunities and responsibilities of living in a global, interconnected society. Students are not the only ones to benefit from the initiative: SMC faculty and staff participate in professional development programs abroad, experiencing first-hand the cultures of nations like China and Turkey.

A strong supporter of student advancement, Dr. Tsang helped recruit and hire more than 100 full-time professors with distinguished academic credentials. He also oversaw the creation of new programs like the Veterans’ Resource Center and Guardian Scholars for foster youth. He championed the formation of an SMC Alumni Association and the President’s Ambassadors – a select group of students who serve as institutional ambassadors.

Under Dr. Tsang, SMC launched an interdisciplinary model to capitalize on job opportunities for students in the Information, Communication and Technology (ICT) industry. That model became the foundation for a Los Angeles-based community college, high school, and industry consortium called “LA HI-TECH,” which was recognized by President Barack Obama as part of his TechHire Initiative.

Dr. Tsang strengthened relationships with the City of Santa Monica, the Santa Monica-Malibu Unified School District, and other local and regional organizations. The expansion of college-level opportunities for local high school students – through the creation of special programs and free college classes – was one result. Another was the inclusion of “Santa Monica College” in the name of the new Expo light rail Metro station at 17th and Colorado.

Under his leadership, SMC solved its long-standing parking problems through a combination of a groundbreaking public transit initiative and the building of a new satellite parking lot. SMC and its Associated Students partnered with the City of Santa Monica’s Big Blue Bus to create the “Any Line, Any Time” free service for employees and students.

Dr. Tsang oversaw the opening of several large-scale facilities, such as the award-winning Quad on the main campus. With the passage of the $295 million bond Measure AA – an overwhelming community endorsement of the College – projects set in motion under Dr. Tsang’s direction include a new Information Technology building and an $89 million renovation of SMC’s design and media campus that will house KCRW and the new Interaction Design program.

During Dr. Tsang’s tenure, the Eli & Edythe Broad Stage – better known as “The Broad” – opened at the SMC Performing Arts Center, quickly establishing itself as one of LA’s iconic venues. Legendary artists such as Mikhail Baryshnikov, Joshua Bell and Helen Hunt have graced the Broad Stage, now one of the largest educational outreach providers in the county.

Under Dr. Tsang, SMC’s public radio station KCRW 89.9 FM expanded not only its web presence around the world, but also acquired a Santa Barbara station to expand its broadcasting footprint.

A former community college student himself, Dr. Tsang earned a BA in Linguistics from UC Berkeley, and went on to earn his Doctorate in Linguistics from Stanford University. A recognized leader in the field of higher education, he has been invited to speak at such venues as the Royal Society of London, and has guest lectured at the UCLA Anderson School of Management and the USC Rossier School of Education.

In a higher-education career that spans almost four decades, Dr. Tsang served as President of San Jose City College [1997-2006] and as a dean at the City College of San Francisco [1992-1997]. He has taught at Stanford University, De Anza College in Cupertino, and San Francisco State University, and also had a distinguished career in leading nonprofits that served immigrants by providing community-based job and language training.

Dr. Tsang was recently recognized with a replica watches Lifetime Achievement Award by the Asian Pacific Americans in Higher Education and a Leadership in Caring Award from the Santa Monica-based WISE & Healthy Aging for his leadership of Emeritus College, SMC’s free, lifelong learning program for older adults. The Carnegie Corporation of New York also recognized Dr. Tsang as one of America’s “100 great immigrants” in 2014, alongside individuals like Nobel laureate Roger Guillemin, author Deepak Chopra, and Vogue editor Anna Wintour.

Through the Alumni webpage, SMC graduates will be able to watch videos and read and post comments. Graduates and SMC friends are encouraged to visit and “like” the Alumni Association’s Facebook fan page (facebook.com/SMCAlumni), as well as upload their graduation photos. They can also tag their pictures on Flickr or Twitter with the hashtag #ProudToBeSMC that will be published on the Alumni website. A compilation video will be available on the Alumni website about a week after graduation.

After the ceremonies, the SMC Alumni Association is hosting a reception on the Quad, with free hors d’oeuvres, beverages, and photo booths where pictures will be taken and uploaded to the SMC Alumni website.