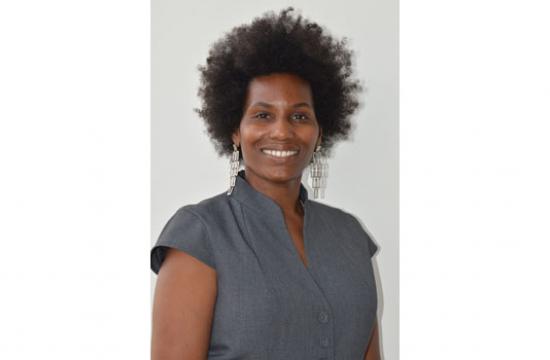 The SMMUSD Board of Education approved the appointment at its June 11 regular meeting.

Culpepper has served as a house principal at Santa Monica High School since 2013 where she provided instructional leadership and guidance to faculty in the “I” House and the history department.

Samohi has five “houses” within the school of 3,000 students. During her tenure she was responsible for implementing the Restorative Justice program, coaching and supporting teachers across disciplines, managing the Advanced Placement program, handling student discipline, overseeing the activities program and ASB, and providing oversight for building and grounds facilities maintenance.

Prior to her position of house principal, Culpepper served as assistant principal at John Adams Middle School from 2011-2013 where she provided leadership and support to the social studies and visual and performing arts departments, monitored school attendance and worked to ensure strong academic opportunities for students and a safe school environment conducive to social and emotional growth.

Culpepper began her teaching career in 2001 teaching 8th grade history in Mountain Brook, Alabama through 2003, then moved to California where she taught 7th grade world history in Los Angeles at Palms Middle School from 2003-2007 and 9th-12th grade social science at Crenshaw High School from 2007-2008. Her first administrative position was at Helen Bernstein High School where she served as assistant principal from 2008-2009. She became the assistant principal at Robert Millikan Middle School in 2009 where she served until leaving for SMMUSD in 2011.

“I am excited and truly honored for the opportunity to serve as principal of Lincoln Middle School. I look forward to working with the students, staff and community,” Culpepper said. “It was a tremendous pleasure to lead iHouse at SAMOHI and I will miss it immensely. I’ve grown a great deal as a leader while here and I Iook forward to bringing what I’ve learned to Lincoln Middle School.”

Culpepper holds a Bachelor of Science in secondary education / social sciences from Birmingham-Southern College and a Master of Arts in educational leadership from Cal State Northridge. She holds a single subject teaching credential in social science, an administrative services credential and a crosscultural language and academic development certificate. Culpepper is a National Board Certified Teacher in social studies – history / early adolescence. She is a doctoral candidate at University of California, Los Angeles, where her studies are complete and she plans to return to finish her dissertation in the next few years.