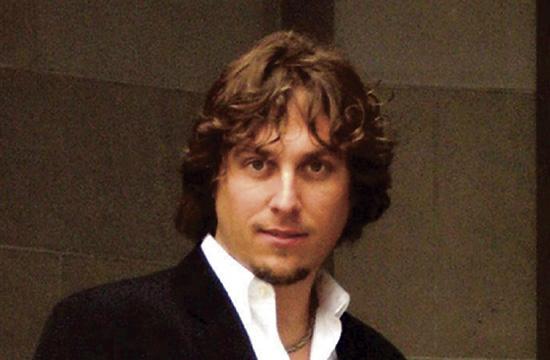 After years of singing at others’ events, crossover music star Nick Palance will be teaming up with the Ocean Park Community Center (OPCC) to put on his own benefit Sunday June 28, “Coming Home,” to raise money to help homeless people in Los Angeles.

The event will take place at the Casa Del Mar Hotel in Santa Monica, and will feature a series of performances musical and comedic, as well as a silent auction.

In an interview, Palance said he has been working on “Coming Home” in order to “pay back” homeless people he knew as a young man and teenager.

Palance, a crossover artist who has found success in genres ranging from pop to opera, was born in the Crenshaw district of Los Angeles, where he was friendly with local homeless people.

“I was probably the only white kid in my whole school, and things could get dangerous,” Palance said. “Sometimes I needed to use the back alleys to get home, and [homeless people] made sure I got home safe.”

He also worked part time at the Westside Food Bank, as a way to give back to the community.

After deciding to become a singer and studying at a conservatory, Palance, who has performed since the age of 13, began a long career of recording and performance.

One of his most noted was the title role in “Joseph and the Amazing Technicolor Dreamcoat” in the original off-Broadway tour production.

Palance recently moved back to California, and now lives in Atwater Village, a move that inspired him to finally make “Coming Home” a reality.

“I counted seeing nine homeless people in a two-mile jog just after I moved, more than a few of them women,” Palance said. “Homelessness has always been the cause that meant the most to me, and I want to use my music to help now that I have the stability and notoriety to do so.”

Palance has performed in more than 20 benefit concerts and events over his career, but has never hosted one before “Coming Home.”

Tickets for the event are available online at OPCC’s website (see below), including VIP packages. There is a special rate of almost 50 percent off for people who like the Nick Palance fan page on Facebook and other social media networks. Palance hopes that “Coming Home” will be the first of many events he puts on with friends and others who are passionate about the cause of homelessness.

The event will be held on Sunday June 28, at 6 pm at Casa Del Mar Hotel in Santa Monica, 1910 Ocean Way. To purchase tickets, visit https://www.opcc.net/?nd=cominghome.

By mirrormmg June 19, 2015
in Life and Arts
Related Posts