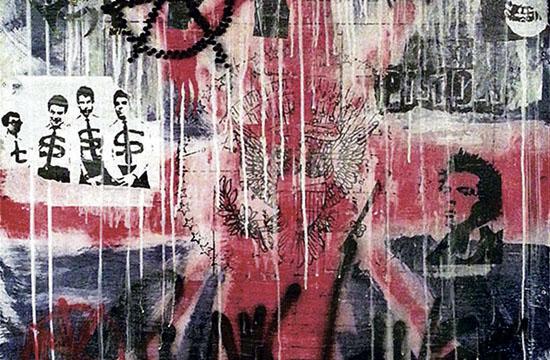 Three artists will come together to show their art works in a celebratory art opening on Saturday, June 13 at Santa Monica Art Studios.

Originally from Seattle, Scott Horton was attracted to art as long as he can remember, but it wasn’t until college that he truly took it seriously.

“I was always interested in art, even as a child,” Horton said. “I would draw and paint. But college art classes are what really sparked my love (and pursuit) in creating art.”

An eclectic artist, Horton chooses to work in many styles including watercolors, oils, pastels, acrylics, mixed media, and digital art. He has even sculpted in clay and metal.

When asked what medium is his favorite, he replied, “That’s like asking which child is your favorite. I’ll just say I’ve never met a medium I didn’t like.”

He went on to say that he often finds himself in the midst of creating a surrealistic piece, while planning another more traditional work. For more information on Horton, visit dreamscolor.com.

“Love the events there,” Visser said. “I am thrilled to be included in this show.”

Visser is a dedicated artist who consistently creates and exhibits her work. She will be showing work from her “Experimental” and “Emotion” series.

Visser paints on a regular basis and revealed that she has seen important changes in her work.

“Previously, I would paint until I had a body of work that I felt was complete and then made decisions about what it was about. Recently I have changed that completely. I am working on a series that is based on a thought before I begin. The challenge is to stay true to the idea and make each piece speak loudly about what it is attempting to say.”

The art of Ty Cummings will also be on view. swiss replica watches Cummings is a street artist who works with unusual tools such as glitter spray, latex, safety pins, puzzle pieces, charcoal and more. He is also a sculptor utilizing unusual techniques and found objects.

He received his BFA from the School of Visual Arts in New York in 2008, as well as an MFA from CalArts in Los Angeles in 2012.

Cummings was encouraged to create art from an early age.

“My dad could draw so I thought it was cool, and my mother bought me supplies,” Cummings said. “I had time to develop my imagination and skills because my mom worked and I was an only child.”

About 10 years ago, Cummings started painting on wood. He said it gave him a totally new perspective.

Celebrate art and the artists on Saturday, June 13 with at the reception from 6-9 pm at Santa Monica Art Studios, located at 3026 Airport Ave., Santa Monica.

By mirrormmg June 5, 2015
in Life and Arts
Related Posts