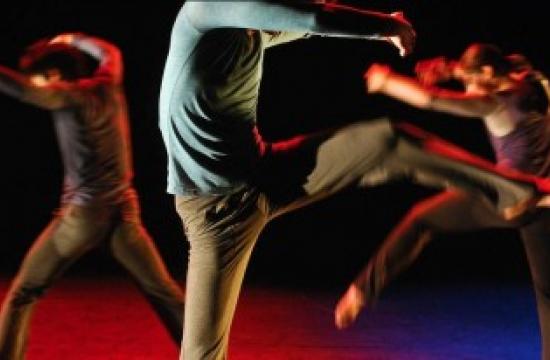 Award-winning filmmaker and video artist Kate Johnson’s installation “EVERYWHERE in BETWEEN” will be presented at Bergamot Station this Saturday, July 11 from 8 pm to 10:30 pm.

The event is thanks to the City of Santa Monica Cultural Affairs Division, in partnership with 18th Street Arts Center, Bergamot Ltd., and the Bergamot Station Gallery & Cultural Association.

EVERYWHERE in BETWEEN finds connections between the individual identities of the galleries and the artists, and explores Bergamot Station as a unified space.

The event is curated and produced by 18th Street Arts Center as part of a National Endowment for the Arts Our Town grant awarded to the City of Santa Monica.

Kate Johnson’s EVERYWHERE in BETWEEN is the third in a series of artist interventions aimed at calling attention to the community of cultural organizations and commercial galleries at Bergamot Station.

With the impending arrival of the EXPO light rail in Santa Monica, and the construction of the Bergamot Station train platform, the City of Santa Monica and Bergamot Station Gallery & Cultural Association (BSGCA) are employing creative ways to make the public aware that the Arts Center is still open for business and as vibrant as ever.

Kate Johnson is an award-winning filmmaker, video artist, and Assistant Professor at Otis College of Art & Design. Her collaborative works have been shown at the Cannes and L.A. Film Festivals, and MoMA, among other venues.

She has collaborated throughout her career with dance companies, creating video art for live performances. Johnson’s Emmy-nominated film, Mia, A Dancer’s Journey, is a feature-length documentary about the life of celebrated ballerina, Mia Slavenska, which she co-directed and co-produced. It premiered at Lincoln Center in January 2015 and was broadcast over 200 PBS stations throughout the US.

John Pennington, Artistic Director of the Pennington Dance Group, enjoyed a 14-year career with the Bella Lewitzky Dance Company as a performer and master teacher. He then went on to be an independent choreographer and educator before establishing his own award-winning dance group in 2000.

Greg Christy is a multiple award-winning lighting designer and technical director who has created singular designs and lighting installations for events throughout the US and internationally. His work has been seen on TV and at venues such as The Getty Museum, LACMA, and MOCA.

Kate Crash and Michael Maio are composers, producers, and songwriters best known for their band KateCrash & the UFO Club. Their current projects include directing and composing score for the films “Messiah of Dogs” and “The Lost Suicide Ballads of Honey and Thunder” and songwriting and co-producing an album with Nick Launay (Yeah Yeah Yeahs, Nick Cave, PIL) for George Martin’s label Grand Master.

Victoria Looseleaf is an award-winning international arts journalist who covers the visual and performing arts around the world. A freelancer for the L.A. Times since 1996, Looseleaf also writes for Performances Magazine, KCET Artbound, Artillery magazine and Fjord Review. Looseleaf has written for the New York Times and has had her poetry and short fiction published in “Gen F” and “A Looseleaf Notebook, Vol. 1”, produced and hosted the cable TV show, “The Looseleaf Report,” which aired in L.A. and New York for 22 years, and she currently maintains a blog of the same name.

Bergamot Station is located at 2525 Michigan Ave., Santa Monica. All events and performances are free.